Why can some people press on through difficult situations, while others give up? Are some people born with “grit,” while others are not? How does grit contribute to excellence? Researcher Angela Duckworth taught seventh grade math for several years, and during that time she began to notice that the amount of effort students were willing to put towards learning made a big difference in their ability to be successful in the classroom. Duckworth went on to study the characteristics of people who are willing to work harder and longer than others, which led to her definition and development of grit as a measure of individual differences.

Since her time as a middle school teacher, Duckworth has published multiple scholarly articles on grit, a New York Times best-selling book entitled Grit: the Power of Passion and Perseverance, and she has made several presentations on grit, including a TED talk. Duckworth’s research has shown that grit, defined as perseverance and passion for longterm goals, can be increased over time, and that having grit is essential for accomplishing long-term goals and achieving success in life. “The gritty individual approaches achievement as a marathon,” she writes. “[H]is or her advantage is stamina. Whereas disappointment or boredom signals to others that it is time to change trajectory and cut losses, the gritty individual stays the coursei.”

Consider two siblings—one sibling is of higher intelligence, but the other sibling has more grit. Which do you think is more likely to achieve greater success in school and in their career over their life? Surprisingly, the answer is the second sibling, the one with more grit.

Research has shown that grit (as measured by the Grit-S questionnaire assessment developed by Angela Duckworth and Patrick Quinn) is more highly related to successful outcomes than IQ; and unlike IQ, a person’s level of grit can change over time. A study conducted at West Point Military Academy found that cadets higher in grit were less likely to drop out than cadets with less grit—even when controlling for SAT scores, high school rank, and conscientiousness (as measured by the Big Five personality test, a psychological assessment measuring one’s openness, conscientiousness, extraversion, agreeableness, and neuroticism)ii. Studies of college students have shown that students with higher grit scores tend to have higher GPAs and change majors less often than those with lower grit scoresiii. Additionally, people high in grit attain higher levels of education than those with less gritiv. 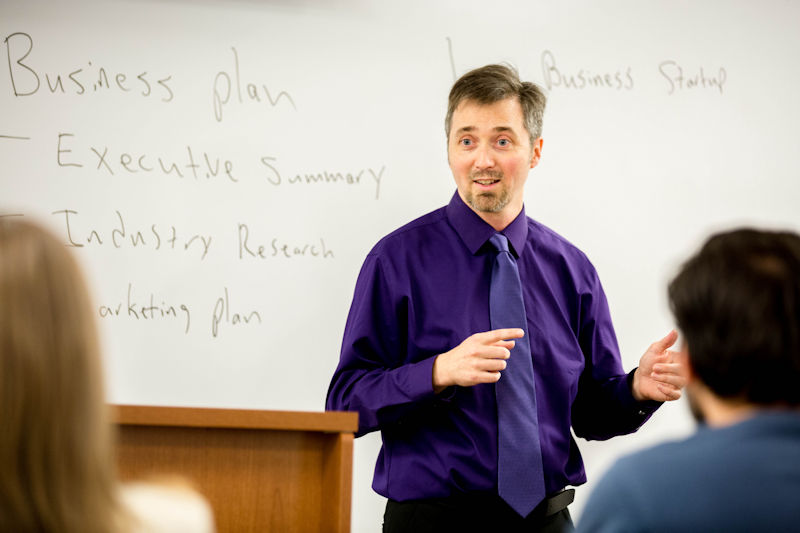 The Makeup of Grit

Grit is related to many established psychological constructs. Those with high levels of grit are likely to have a high internal locus of control and thus believe that they can influence events that happen in their lives. People with a high internal locus of control are achievement oriented and display hope in a brighter future, and they exemplify perseverance and stick-to-itiveness. The notion of grit goes beyond that of locus of control in that it focuses on long-term, herculean efforts to be successful, and these efforts often span long periods of time. And according to Duckworth and her fellow researchers, grit also “overlaps with achievement aspects of conscientiousness but differs in its emphasis on long-term stamina rather than short-term intensityv.” Additionally, grit shares some qualities with Albert Bandura’s notion of self-efficacyvi. The two primary components of self-efficacy are competence and confidence. In other words, self-efficacy is an indicator of a person’s confidence that, given a specific challenge, they can overcome that challenge and achieve a successful outcome. However, self-efficacy is context specific, whereas grit is a global measure of a person’s commitment and determination to be successful.

Having a growth mindsetvii is one of the strongest contributors to the development of gritviii. Students who believe they can grow in their abilities are more likely to exhibit grit, and thereby exhibit success. Research has shown that, “Students’ mindsets predict their trajectories: those who believe they can improve actually do. Students who believe they can improve their abilities are better able to accommodate setbacks (a hallmark of both grit and locus of control), as well as apply themselves to challenging tasks (again, reminiscent of grit), and all of the aforementioned skills are useful both in the academic arena as well as in the wider realm of life outside of schoolix.” 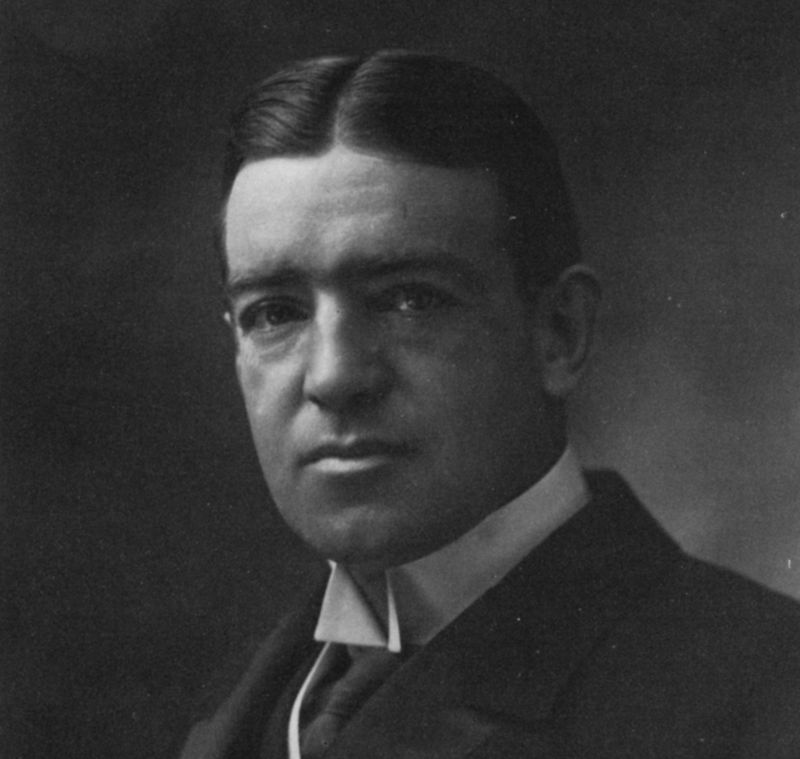 History provides many notable examples of people who have exhibited a high degree of perseverance and tenacious focus toward their goals. One story is that of explorer Ernest Shackleton, whose goal was to become the first person to cross Antarctica.

After many previous expeditions were stymied by the harsh environment, Shackleton departed Buenos Aires September 27, 1914, with a crew of 28 men. En route to the Antarctic coast, his ship, The Endurance, became trapped and crushed in the ice. As his ship sank, Shackleton’s goal shifted from crossing the Antarctic continent, to leading his entire crew to safety. Despite being stranded on ice floes hundreds of miles from the nearest habitation, Shackleton did not lose heart. He encouraged and buoyed the spirits of his crew for months as they dragged their lifeboats across the ice and searched for land. Eventually, the crew risked a five-day open sea journey, navigating their lifeboats to tiny, inhospitable Elephant Island across the icy Southern Ocean.

Knowing they were no closer to rescue on Elephant Island, Shackleton quickly outfitted one of the remaining lifeboats to make the nearly 800-mile trip to the whaling station at South Georgia Island. For fifteen days Shackleton and five of his men braved hurricane-level winds in frigid waters, miraculously navigating their way to South Georgia Island. Unfortunately, the crew found themselves on the opposite side of the island from the whaling station, unable to circumnavigate the rocky coast. Leaving two of his crew behind, Shackleton and two others traveled 32 miles over glaciers and treacherous mountains, finally arriving at the South Georgia whaling station on May 20, 1916.

Shackleton immediately organized a rescue for his crew on Elephant Island, only to have his efforts cut short, three times, by sea ice. The fourth rescue effort was finally successful, and on August 30, 1916, the remaining crew on Elephant Island were saved. Against all odds, Shackleton achieved his goal—every single one of his original 28 crew members survived the ordeal.

While Shackleton’s story is an extraordinary example of grit, it highlights the kind of self-efficacy, growth mentality, and goal-focused attitude that we can all employ. Even though you have not had to deal with your ship sinking in Antarctic waters, you have likely faced setbacks and trials that seemed insurmountable at the time. Each of us faces our own challenges, and the grit exhibited by Shackleton and his men looks different than someone who is employing grit to overcome generational poverty, abuse, or a learning disability. Nonetheless, in all of those situations, grit is the common factor that differentiates those who succumb from those who overcome their circumstances.

So how can we as teachers, parents, or managers, support others in growing their grit? First, model a growth mindset to them. None of us have “arrived.” We can all grow, no matter our age and circumstance. Be willing to explore new ideas with your students, children, or employees. Show them how to dive into a subject with excitement rather than the fear of not knowing. Share with them the joy of learning. Second, praise others for their effort and growth rather than their fixed attributes. Rather than saying, “You are smart and talented; good job,” encourage others by saying “You put forth great effort, I can see you are growing in your abilities. Keep it up!” Remember, growing in grit does not take natural ability; people of varying abilities and personality types can develop grit and become more successful contributors. Third, provide clear and timely feedback to those you are encouraging. Feedback is one of the key tools available for motivating others toward growth. Providing both encouragement and constructive critique, encourage others in what they are doing well, and provide insight where they need to improve.

But what about developing grit in yourself? Duckworth recommends employing a cycle of deliberate practice. This cycle consists of first setting a goal, then applying 100 percent focus to achieving the goal, getting constructive feedback on your performance, reflecting on and refining what you are doing, and then setting a new goal. This cycle of deliberate practice is intended to produce smart and effective personal growth. Additionally, spending time with gritty people will rub off on you. When an individual spends time with a group, the individual will often adopt the group’s values and viewpoints. Therefore, find and pay attention to people who exhibit positive behaviors and mindsets, such as grit, that you would like to develop in yourself.

Whether you are an educator, student, parent, entrepreneur, athlete, or minimum wage employee, developing and strengthening a growth mindset will undoubtedly enhance your grit. Developing skills to remain focused and purposeful in the face of adversity and challenge will increase the likelihood that goals will be achieved and successes will come your way. In a day and age where challenge is often resisted and avoided, we can all stand to be a little grittier. ■