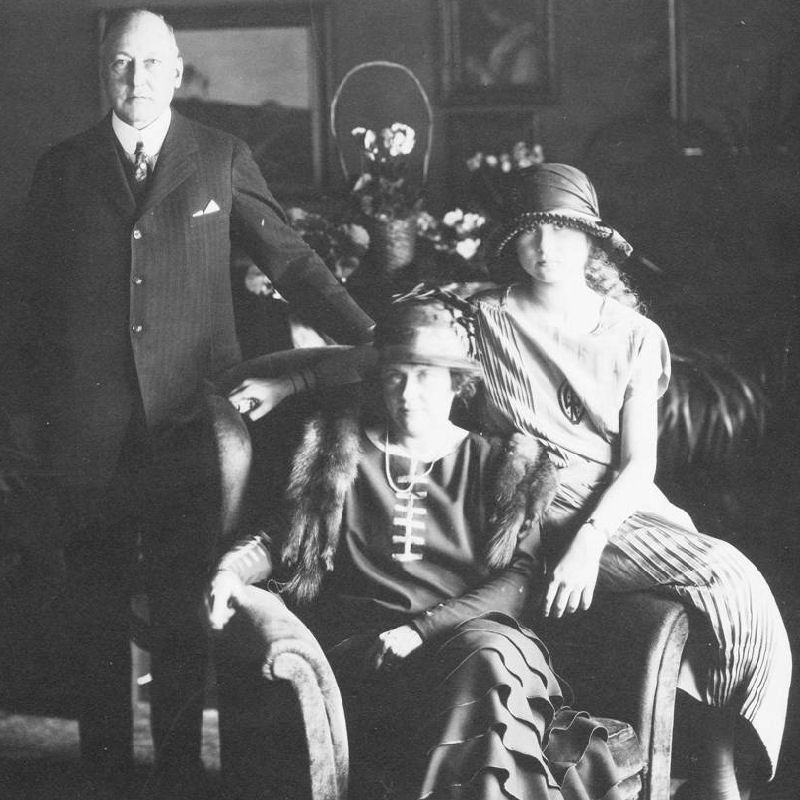 The Terrys began full-time residence in Black Mountain, NC after their marriage in 1923 and made the manor house their home until Mr. Terry’s death in 1926. Franklin Terry was a leader in America’s electric lighting industry and a vice president of the General Electric Company. In 1884 he organized a branch of the Electrical Supply Company in Chicago which became the largest electrical supply house in the country. In 1889 he established the Sunbeam Incandescent Lamp Company of Chicago. In 1907, Mr. Terry consolidated this company with the business of Burton G. Tremaine, a lamp manufacturer of Cleveland, Ohio, forming the National Electric Lamp Company. After that company’s absorption by the General Electric Company in 1912, Mr. Terry became co-manager of the National Electric Lamp Works at Nela Park in Cleveland. Nela Park, one of the first industrial parks in the United States, became a model for industrial organization. Terry became the first vice-president of the General Electric Corporation in 1923 and continued a successful career at Nela until 1925. 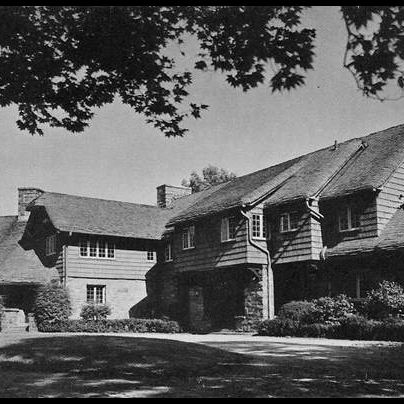 In the Oaks was built in Black Mountain, NC as the estate of Franklin Silas Terry (1862-1926) and his wife, Lillian E. Slocomb Emerson. It was one of the last of the grand estates built before the Depression. Constructed between 1919 and 1921, the 24,400 square foot Manor House included an indoor pool, gymnasium and bowling alley. It is now listed on the National Historic Register. Architect Frank E. Wallis designed the residence as a reproduction of a Tudor country manor house. Photographs of the completed house appeared in the December 1921 issue of Architecture magazine. By the time he built In the Oaks, Mr. Terry had already achieved leadership recognition in the electric lighting industry. The location was chosen because it would be accessible to family, its proximity to the Southern Railroad, and Terry’s desire to live in the mountains of western North Carolina. Mrs. Terry served as hostess for many social events and continued to live at the estate after Mr. Terry’s death in 1926.