Camp Montreat for Girls operated for eight weeks every summer from 1925 through 1967 in Montreat, NC. This photograph shows campers playing basketball in the gym. The building was called “The Mike.”

Camp Montreat for Girls offered a variety of outdoor activities as well as daily devotions and Bible study. Campers gathered in the mornings for Morning Watch, a time for daily devotions. Lower camp included grades two through seven. Upper camp was for grades eight through twelve. 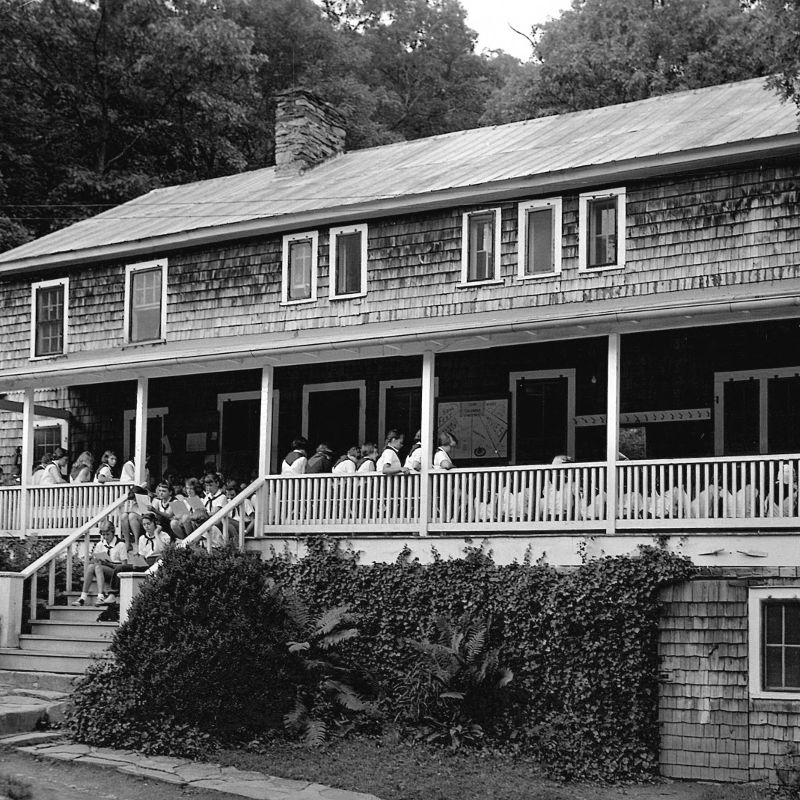 Camp Montreat for Girls was established in 1925 on property originally belonging to John Huyler. Dr. Robert C. Anderson and Mr. W.H. Belk bought the 28 acres, several buildings were added and the camp opened in 1925. In 1933 the property, including buildings, equipment, and furnishings, was given to Montreat College and designated by the Trustees to be part of the endowment of the college. Pictured here is Andelk Lodge, constructed by John Huyler and originally designed as a hunting lodge. Andelk Lodge served as a center for camp activities. Campers gathered here in the mornings for daily devotions. 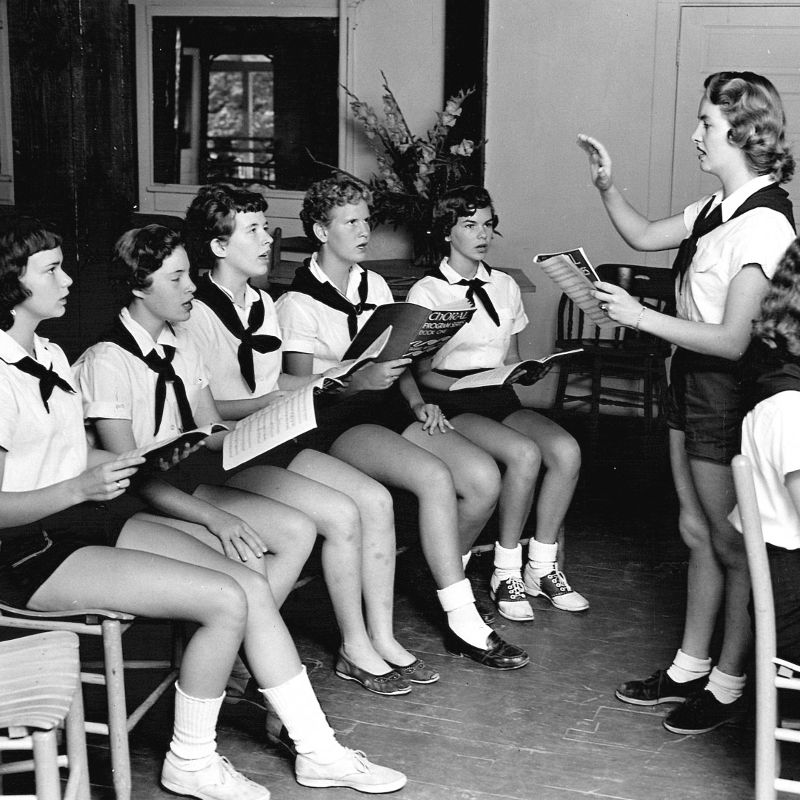 Camp Montreat for Girls operated for eight weeks every summer from 1925 through 1967. In this photo, campers practice choral singing, one of many activities offered. The campers, ages seven through seventeen, were divided into Mohawks and Navahos tribes with competition throughout the summer and recognition of the winning tribe at the final banquet. 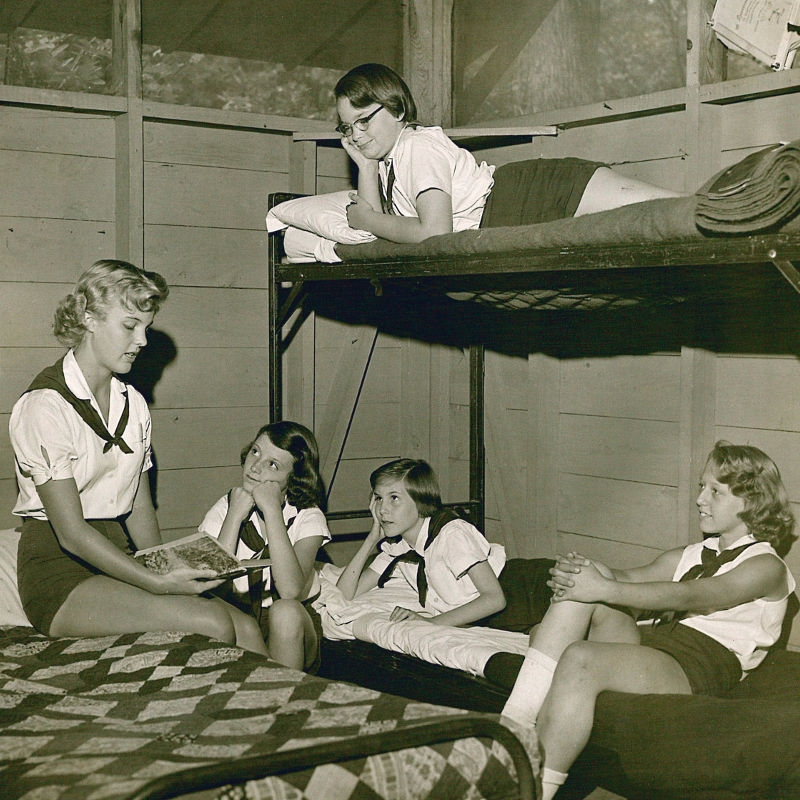 Campers ranged in age from seven to seventeen and spent four to eight weeks at Camp Montreat. A bed time story by the camp counselor ended each day for younger campers. 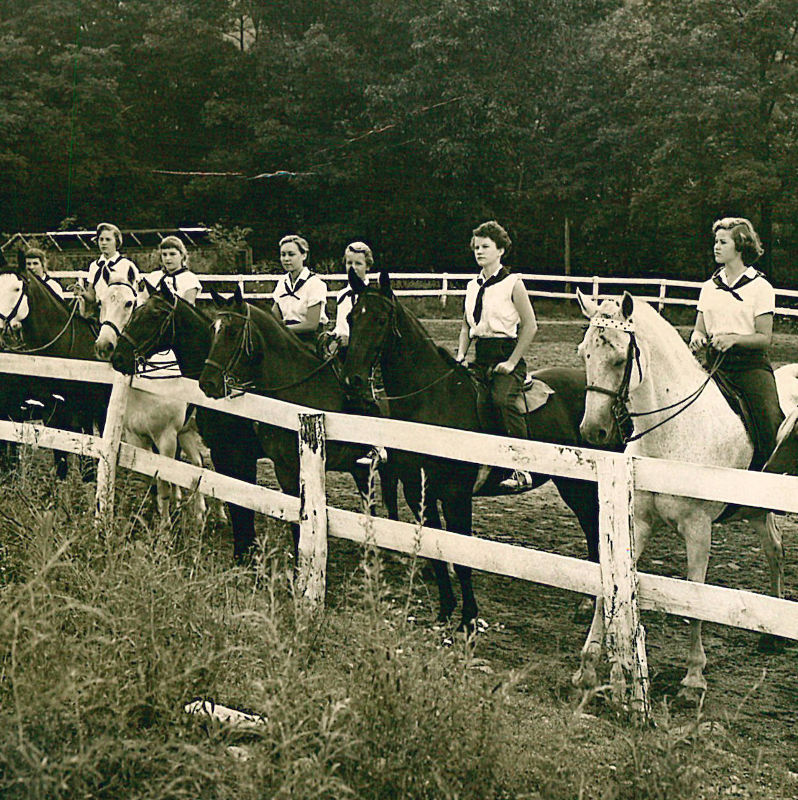 Campers enjoyed equestrian classes at Camp Montreat. The Camp maintained a stable of horses. Saddle seat equitation was stressed. Twice during the camping season, the advanced riders competed in the Black Mountain Horse Show. The Camp held horse shows at the end of each session in which all campers who had taken riding participated. 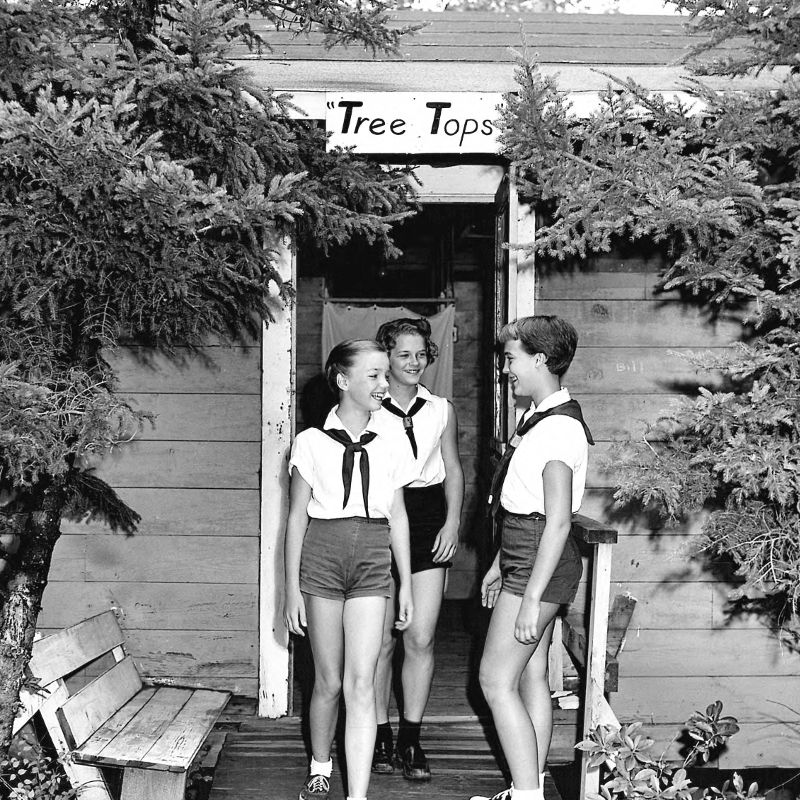 Campers ranged in age from seven to seventeen. Lower camp includes grades two through seven. Upper camp was for grades eight through twelve. This photograph shows campers at Tree Tops, a cottage that housed intermediate campers. In 1968, the Montreat College Board of Trustees decided not to open the camp due to financial losses and the need for building repairs and replacement. 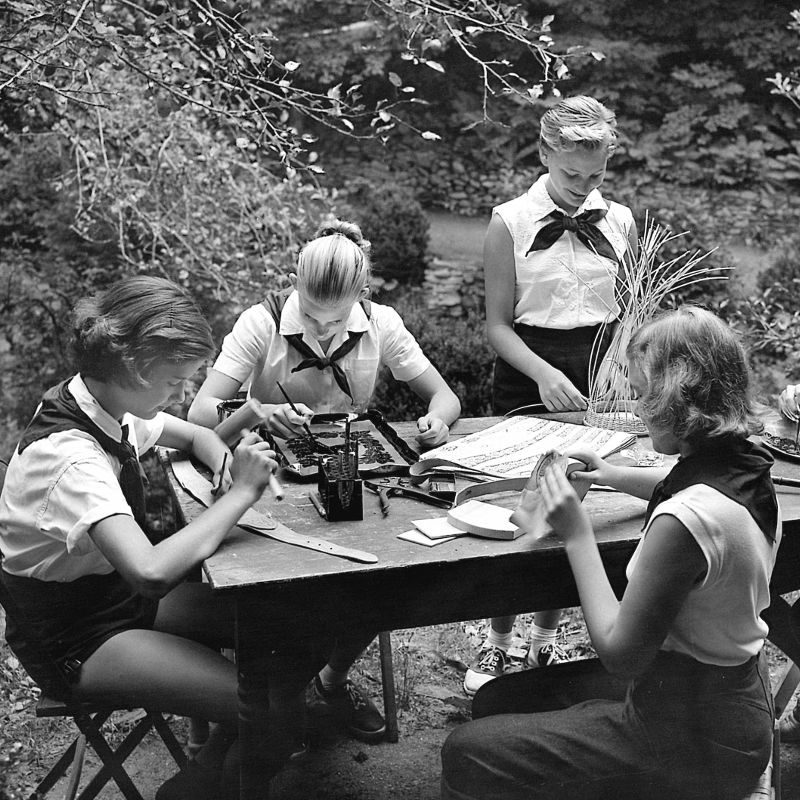 Arts and crafts were offered as part of Camp Montreat activities. At the end of each month the arts and crafts departments invited the campers and their parents to a tea where projects and art work were exhibited.

Camp Montreat for Girls operated for eight weeks every summer from 1925 through 1967. This photograph shows campers playing in the creek.