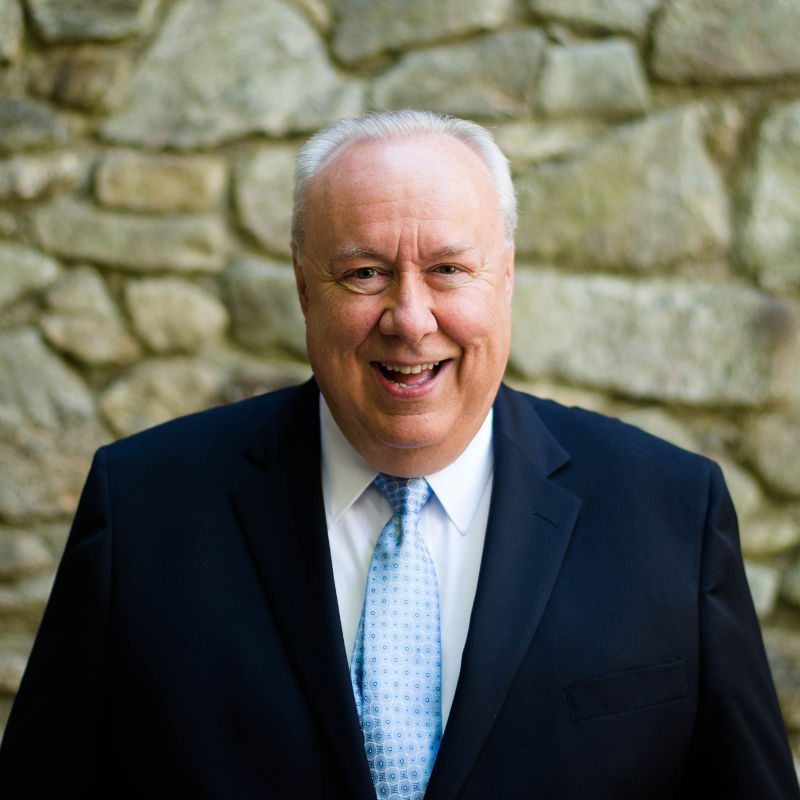 Matthew Burril is the founder and former President of BrickStreet Management and has over three decades of experience in managing assets for others. Matthew serves as chairman of the Greater Asheville Regional Airport Authority and is a board member of the Economic Development Coalition of Buncombe County. In his free time, Matthew enjoys playing brass instruments in his church orchestra, flying airplanes, volunteering with nonprofits, and watching NASCAR. Matthew and his wife Barbara are both graduates of the University of Georgia and currently reside in Asheville, NC. 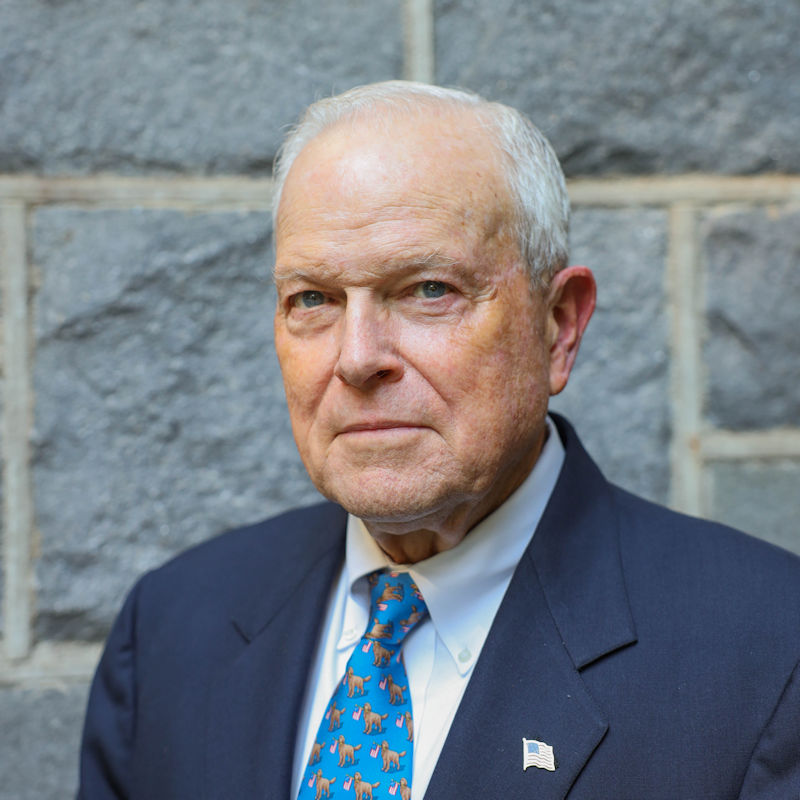 Charlie Davidson has served as Chairman, President, and Chief Executive Officer of J.A. Jones Construction Company in Charlotte, NC. He also served as an office engineer at the Charles H. Tompkins Company in Washington, D.C., the vice president and manager at Metric Constructors in Charlotte, and the president at Tiber Construction Company, Fairfax, Virginia. In addition, Davidson has served on several boards and is formerly a member of the Construction Industry Roundtable. Currently, Charlie Davidson and his wife, Joanne, reside in Charlotte. They have three grown children. 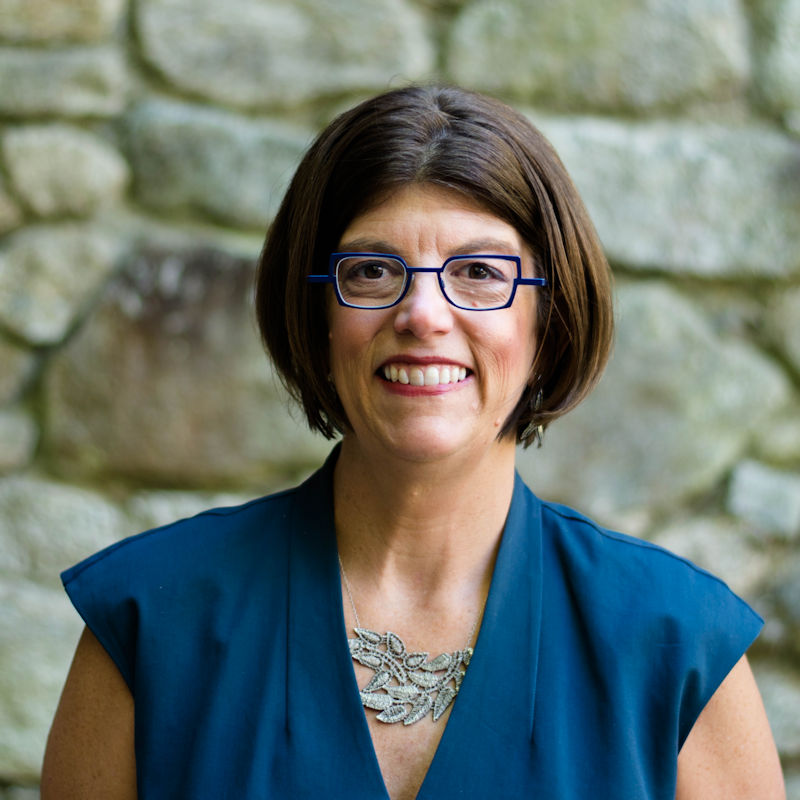 Ms. H. Claire Efird is the former owner of the Salt Shaker Bookstore & Café, a current resident of Wilmington, NC, and a homeowner in Montreat, NC. She is on the Missions Committee at Christ Community Church in Wilmington and volunteers at the Lifeline Pregnancy Center. Her other interests include reading, traveling, and Montreat. Ms. Efird also serves on the Montreat College’s Foundation Board. 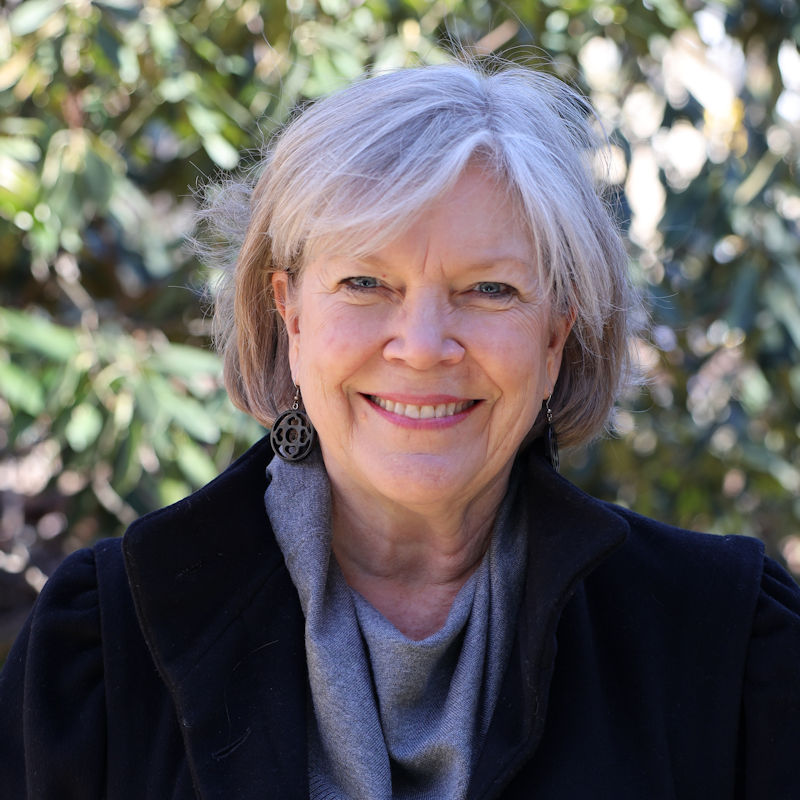 Le Erwin is the former president of Morris Investment Company and is the retired owner of a boutique in Morganton, N.C., after thirty years in retail and forty years in real estate. She graduated from Salem College and worked at Montreat College from 1974 to 1976. She and her husband, Clark, live in Morganton, close to their four grown children and grandchildren; and they attend Faith Presbyterian Church. 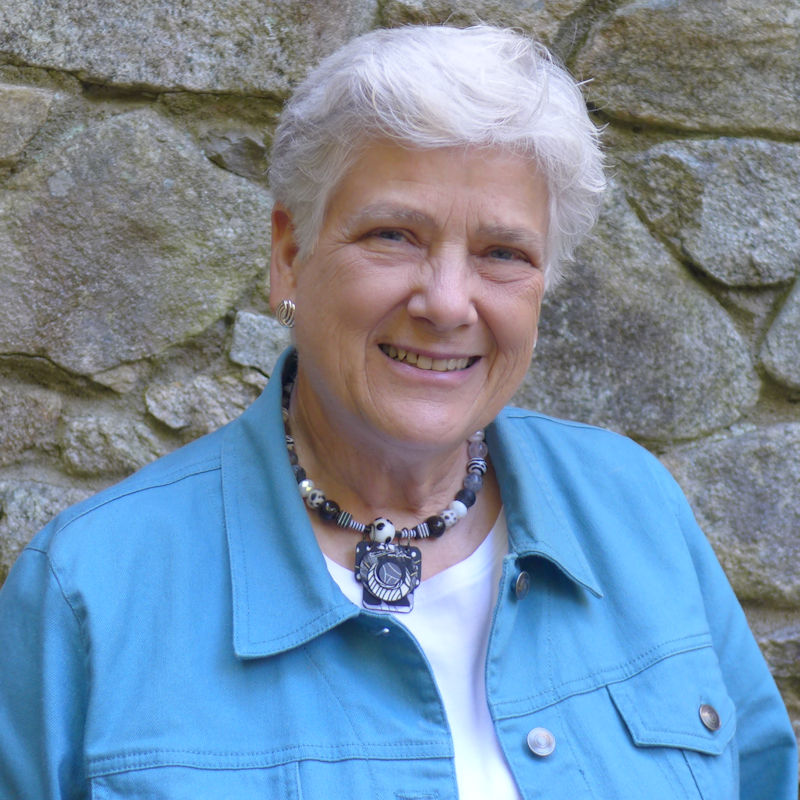 Ms. Katherine “Anne” Gant is a former administrator and instructor at Montreat College. Her mother, Rose Ann Gant, served on the Montreat College Board of Trustees for over a decade. Ms. Gant lives in Burlington, North Carolina, and also owns a home in Montreat. She attends Church of the Redeemer in Greensboro, and serves on the board of the Alamance County Historical Museum. Ms. Gant’s other interests include crafting stained glass and wild flowering with her mother. 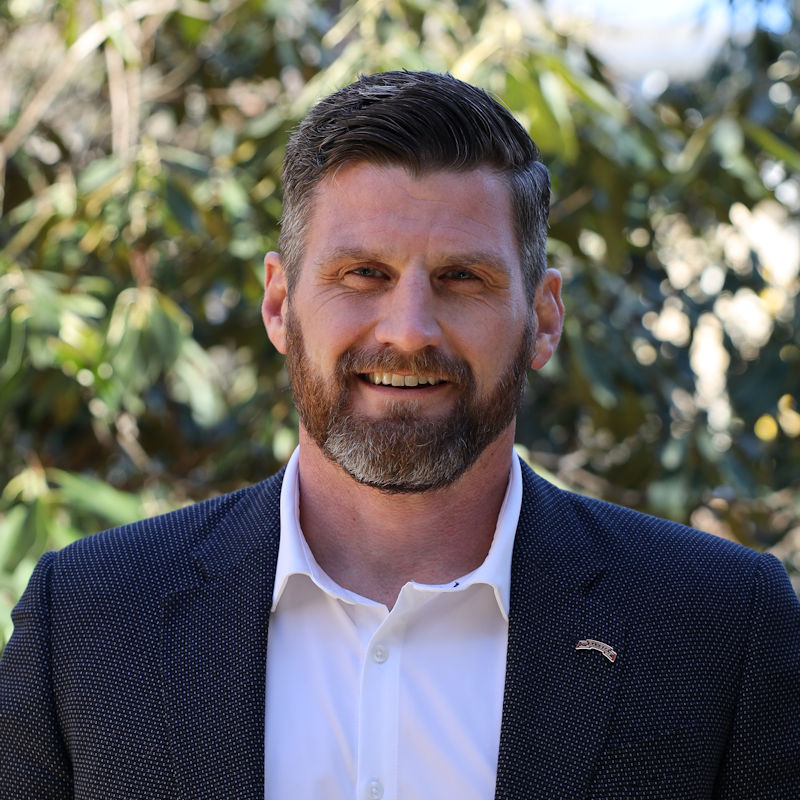 Edward Graham graduated from the United States Military Academy at West Point and served 16 years in the U.S. Army. While in service he spent time overseas in combat deployment with special operations and held various leadership positions. After experiencing a call to return home in the winter of 2019, Edward began working for Samaritan’s Purse, where he serves as the Vice President of Operations. Graham is the son of Franklin and Jane Graham and the grandson of Billy Graham. He and his family reside in the mountains of North Carolina. 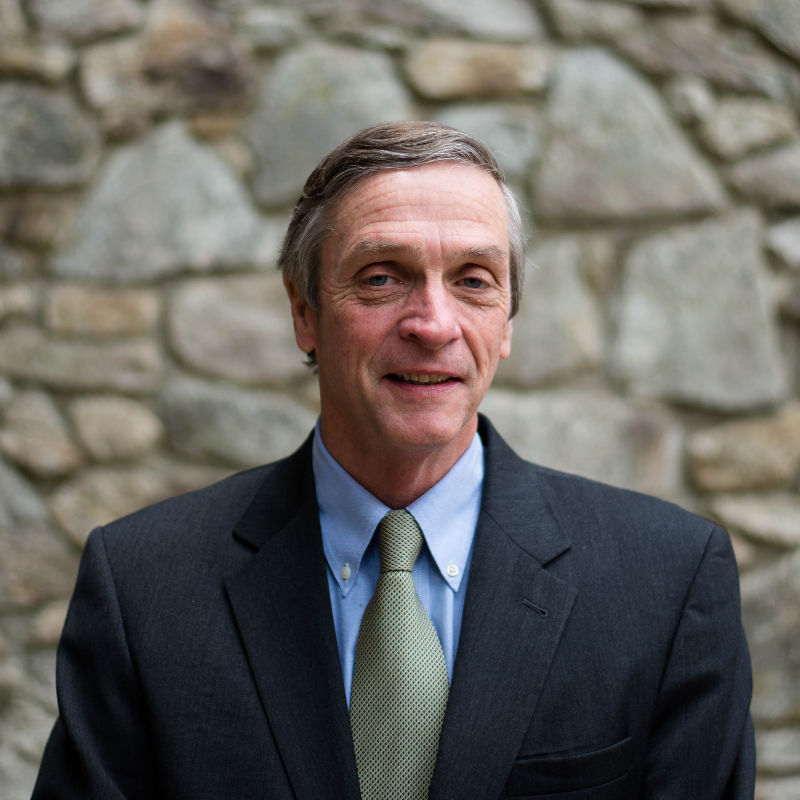 Dr. Jeffery E. Heck is the president and CEO of the Mountain Area Health Education Center (MAHEC) in Asheville, North Carolina. Dr. Heck is a professor of family medicine with UNC-Chapel Hill and associate dean for the Asheville campus of the UNC School of Medicine, which he founded in 2008. He currently serves on five regional or national boards. Dr. Heck and his wife, Cathy, have five children and 10 grandchildren. He serves as Chair of the Board of Trustees of Montreat College. 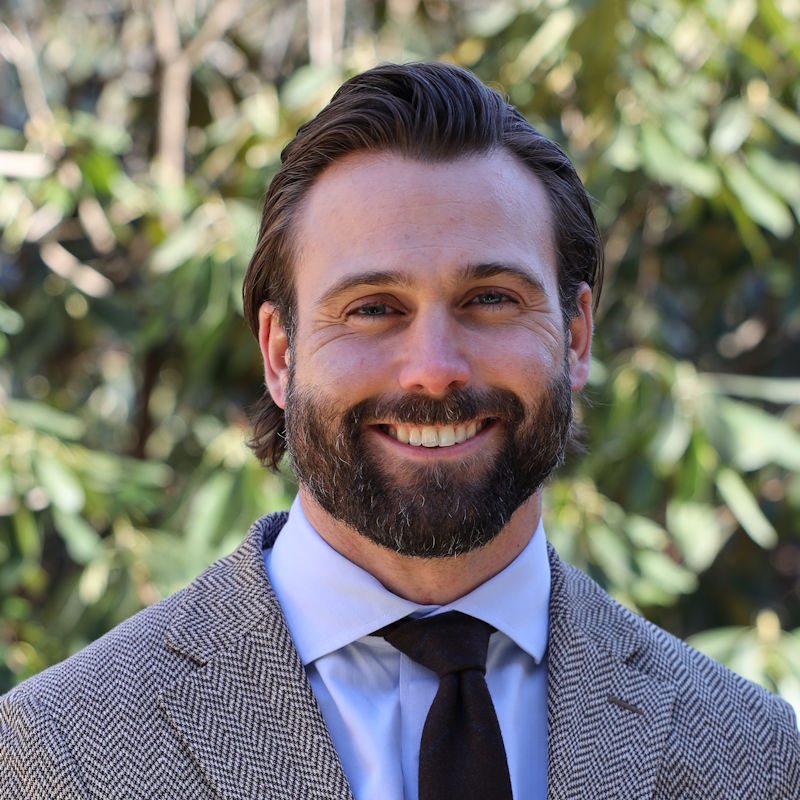 Tyler Johnson, a native of NC, works for Hendrick Motors in Charlotte, the largest privately held automotive retail organization in the United States. There, he serves as general manager of the Hendrick Mercedes-Benz dealership and has successfully led the turnaround of that dealership. He also has a keen interest in Christian education and Christian apologetics and lives in Charlotte with his wife Emily and their five children. 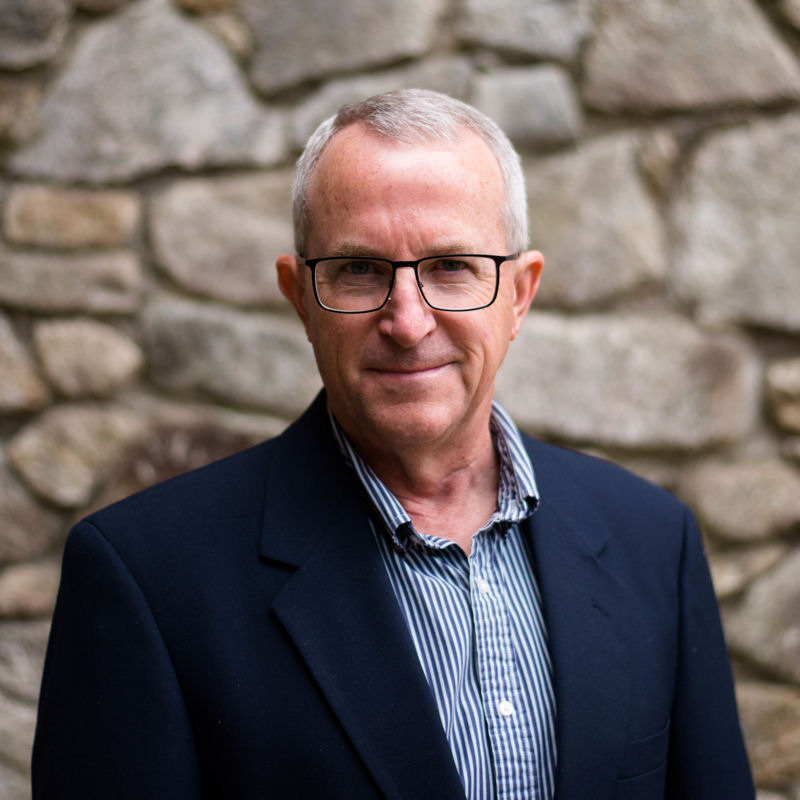 Mr. Ned Kiser is principal of Ned J. Kiser Consulting, Inc., through which he is coordinating Montreat College’s facilities master planning process. He previously served as vice president for advancement at Huntington University in Indiana, where he led the University’s first major capital campaign—achieving commitments of more than $50 million. Mr. Kiser worked for 21 years in the electronics industry as an engineer and in various management roles. He and his wife, Robin, live in Lake Lure, N.C. 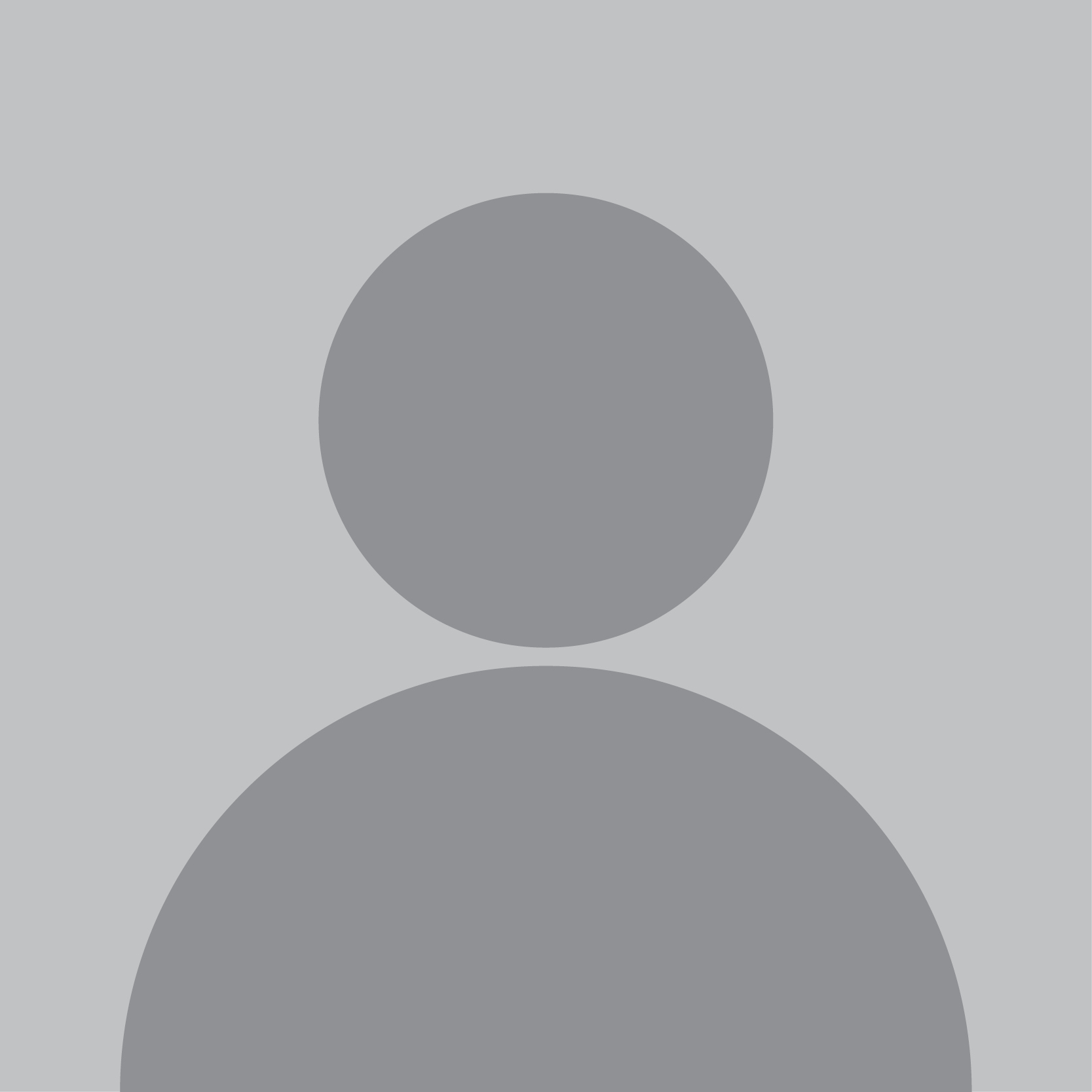 Mr. Robert P. Klepper is the global chief underwriting officer for property, energy and construction risks at AXA XL Insurance, with his office based in New York City. Bob holds an engineering degree from Clemson University and resides in Fletcher, NC with his wife Lisa and their four children. He is a member of Central United Methodist Church in Asheville, where he and his family remain active in various global missions projects. His interests include fishing, skiing and adventure travel. 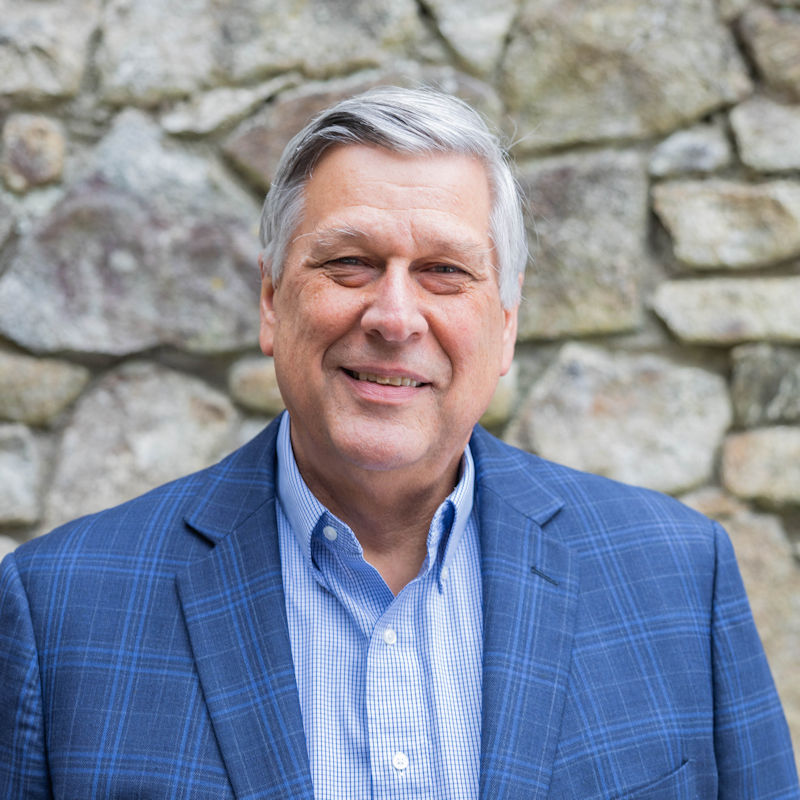 Ambassador Philip S. Kosnett retired from the U.S. Department of State in 2021 following a career representing the United States in Europe, the Middle East, and Asia. In senior assignments including Ambassador to Kosovo and acting/deputy ambassador in Turkey, Uzbekistan, and Iceland, he developed a record of success as a strategist, negotiator, and leader. Since leaving federal service, he has taken on roles in consulting, policy analysis, higher education, and humanitarian crisis response. He has also recently re-embraced his first career, from his student days, as a board game designer.

Phil and his wife Alison, a development expert with extensive international experience, are also involved in the humanitarian effort to evacuate and resettle endangered Afghans. The Kosnetts have an adult son and daughter and share their Black Mountain home with rescue dogs from Kosovo and Uzbekistan. 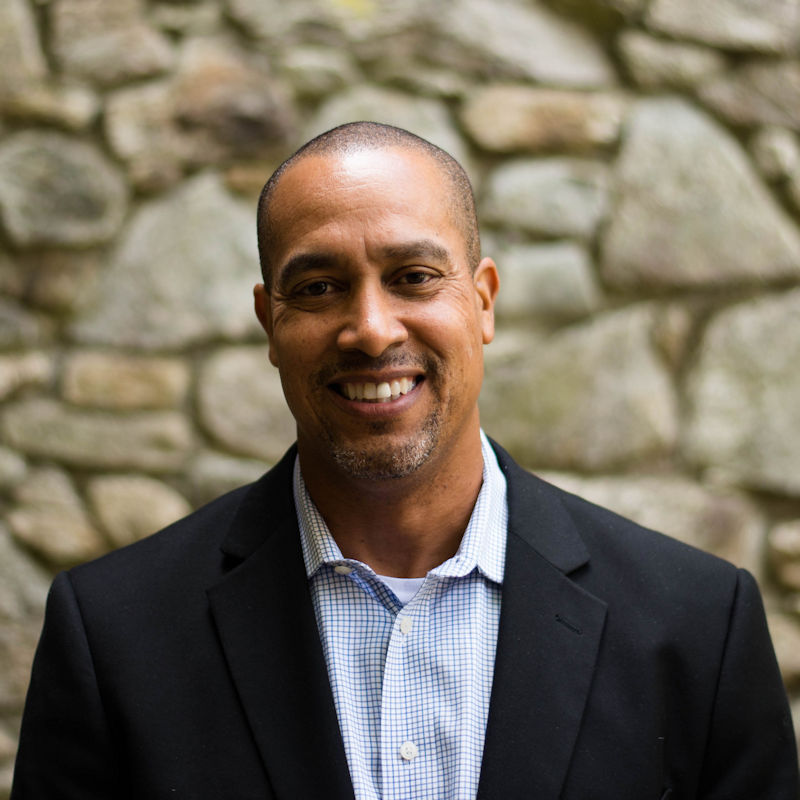 Pastor George K. Logan is a pastor at New Day Christian Church in Morganton, NC. He serves on the board of the Strategic Alliance for Burke Youth and is a hospice, youth coach, and school volunteer. His other interests include swimming, biking, and reading. 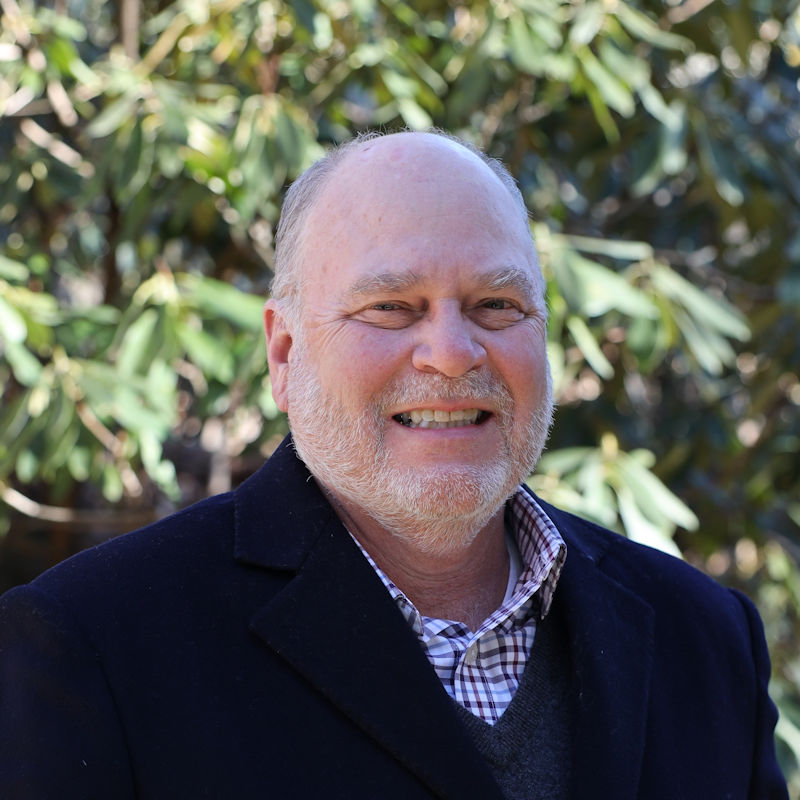 Richard Milam had a varied career, ranging from working with classified material in the Navy, to working for the inventor of the ATM as an implementer of ATM networks around the world. Over time, Richard’s specialty became Artificial Intelligence in the banking sector, helping to improve automation efficiency. Richard served as founder and CEO of EnableSoft, an Inc. 5000 company and developer of Robotic Process Automation “robot” software known as Foxtrot. Over 500 organizations use Foxtrot by EnableSoft technology to automate tasks inside of almost any software application. Milam and his wife, Katharine, share their time between Orlando, FL, and Burnsville, NC.

Jim Moore was a turnaround executive in the soft drink bottling business. Throughout his time as president and COO, spanning from 1987 to his retirement in 2000, Moore led a remarkable resurrection of Coca-Cola Bottling Co. Consolidated (CCBCC). He brings seasoned executive leadership experience, particularly as a turnaround CEO/COO, as well as a strong expertise in finance and an analytical mind regarding risk management and strategic planning. Moore has also served on the Museum of the Bible Board and adds to the growing number of strong trustees in the Charlotte metro area, where he retired with his wife, Sue. 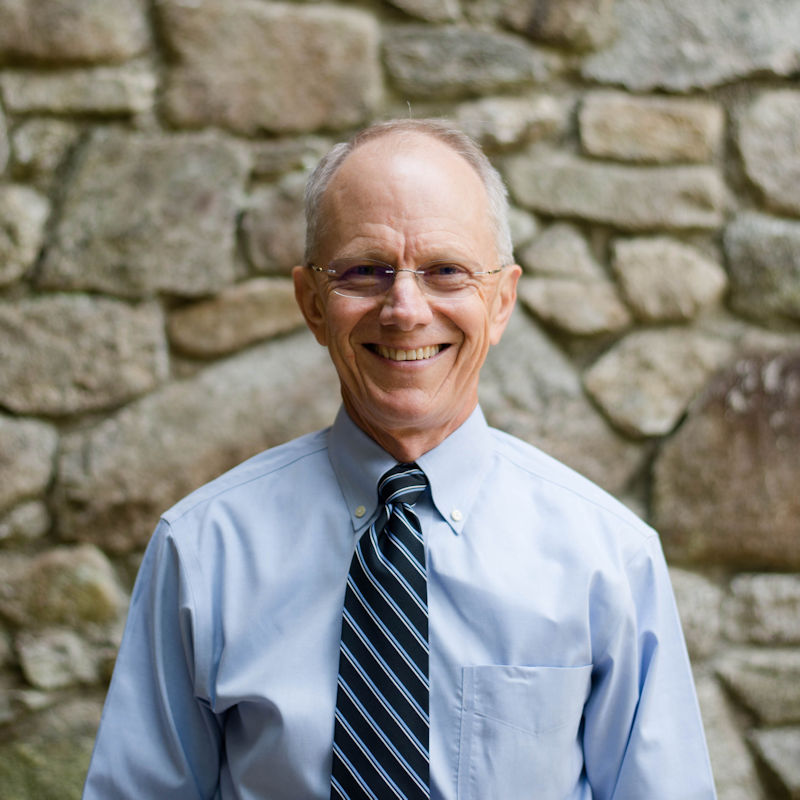 Roger Oxendale is the recently retired president and CEO of the Covenant Ministries of Benevolence in Chicago, IL. He has also served as the founding president of Nemours Children’s Hospital, senior vice president for Nemours Foundation, CEO of Children’s Hospital of Pittsburgh of UPMC, president of the Children’s Hospital of Pittsburgh Foundation, and senior consultant for strategic partnerships at MAHEC. Roger currently serves on the Covenant Trust Company board and as the chair of the Blood Science Foundation board, a research fund raising subsidiary of Vitalant. He has served on several other boards in the past. He and his wife, Diane, reside in Nebo, NC. 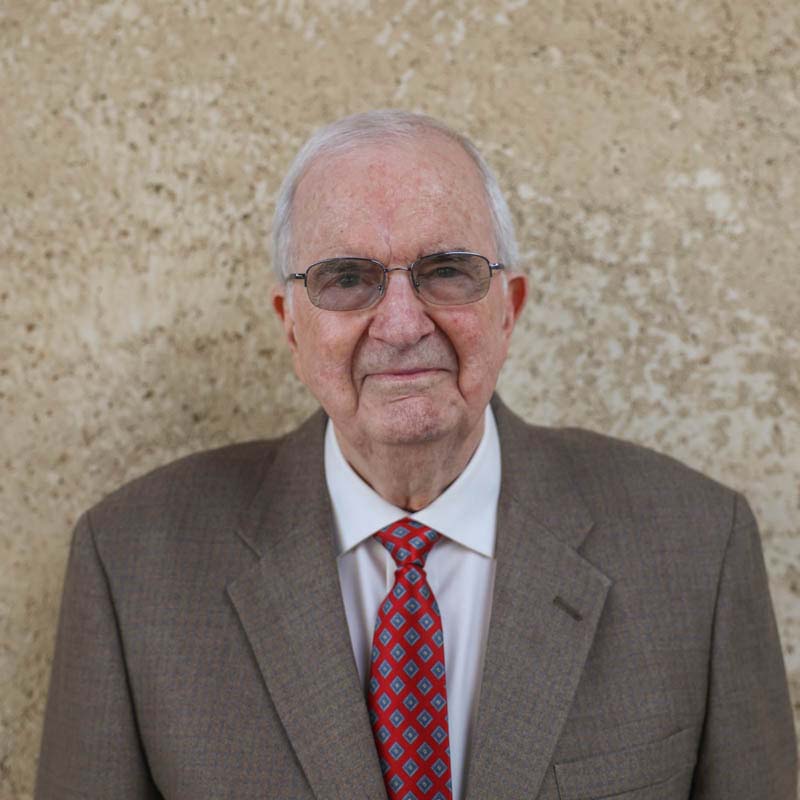 Mr. Bill Shipley is a former businessman who was involved with the founding of several companies such as Shipley Enterprises, Inc., Incon-Therapy, American Direct Response Corporation, Cordura Marketing Inc., National Liberty Marketing, and Baker, Rakich, Shipley and Politzer, Inc. He also served as the president for many of these companies. Mr. Shipley began his career in 1954 and rose from salesman to become the youngest national sales/marketing manager in Procter & Gamble’s history. He has served on boards of various organizations which include Fuller Theological Seminary, Youth for Christ USA, Montreat-Anderson College, Stony Brook School, and the Board of Visitors at Davidson College, where he graduated with a Bachelor of Science in Economics. Mr. Shipley and his late wife Peggy were married for 61 years and together had four children. He now also has eight grandchildren and eight great-grandchildren and currently lives in Charlotte where he is a Ruling Elder at Forest Hill Presbyterian Church. 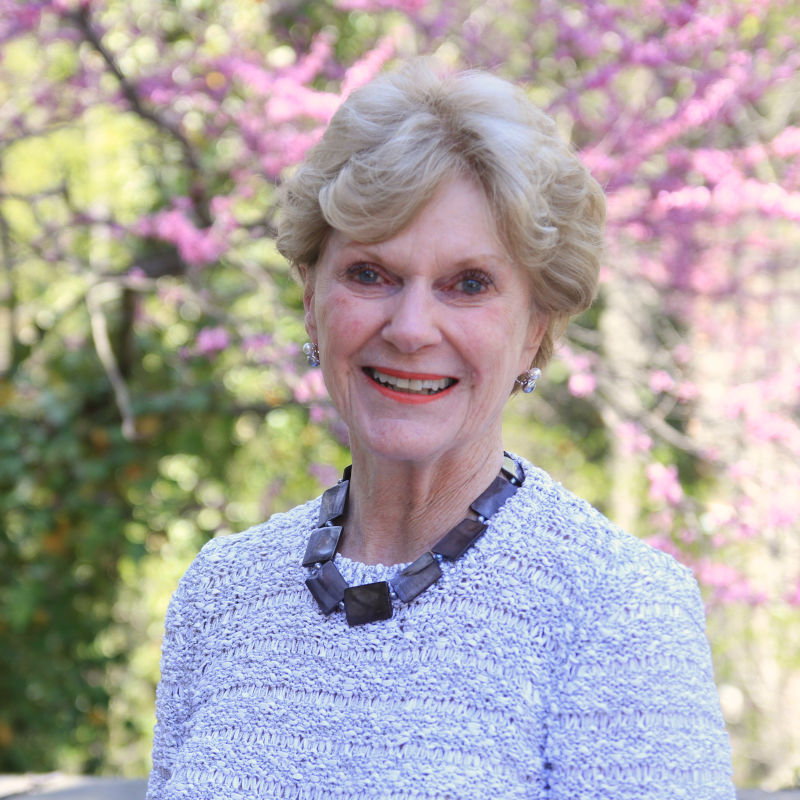 Mrs. Suzanne Sloan resides in Montreat, North Carolina. She is a member of Christ Community Church (EPC) in Montreat and is a retired elder of the PCUSA church. She is also a past president of the Women of the Church (PCUSA) and served on the Missions Committee of the PCUSA. She serves on the board of directors for Bible Study Fellowship International. Her other interests include her two children and four grandchildren, bridge, walking, and the Montreat community. 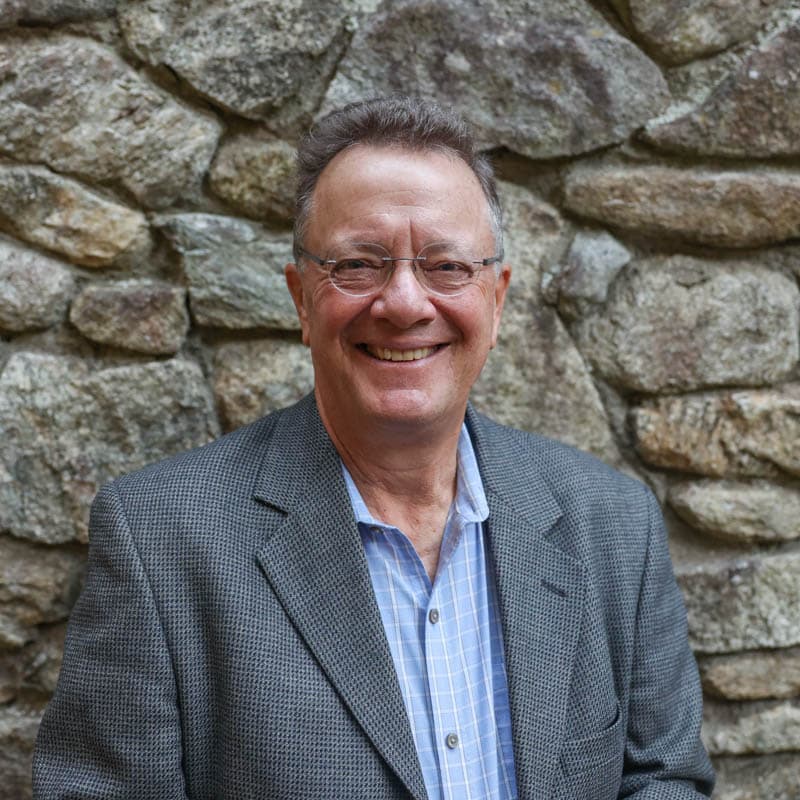 Rev. Dr. Mark Toone serves as the senior pastor of Chapel Hill Presbyterian Church (EPC) in Gig Harbor, Washington. Dr. Toone is a leader within the Evangelical Presbyterian Church (EPC) and served for 23 years as a trustee at Whitworth University, a fellow institution in the Council for Christian Colleges and Universities (CCCU). Mark is deeply committed to Christ-centered education and its strategic role for the Church. He has been married to his wife, Cyndi for 33 years. They have two adult children, including their daughter, Rev. Rachel Toone, who serves as Montreat College’s Dean of Spiritual Formation. 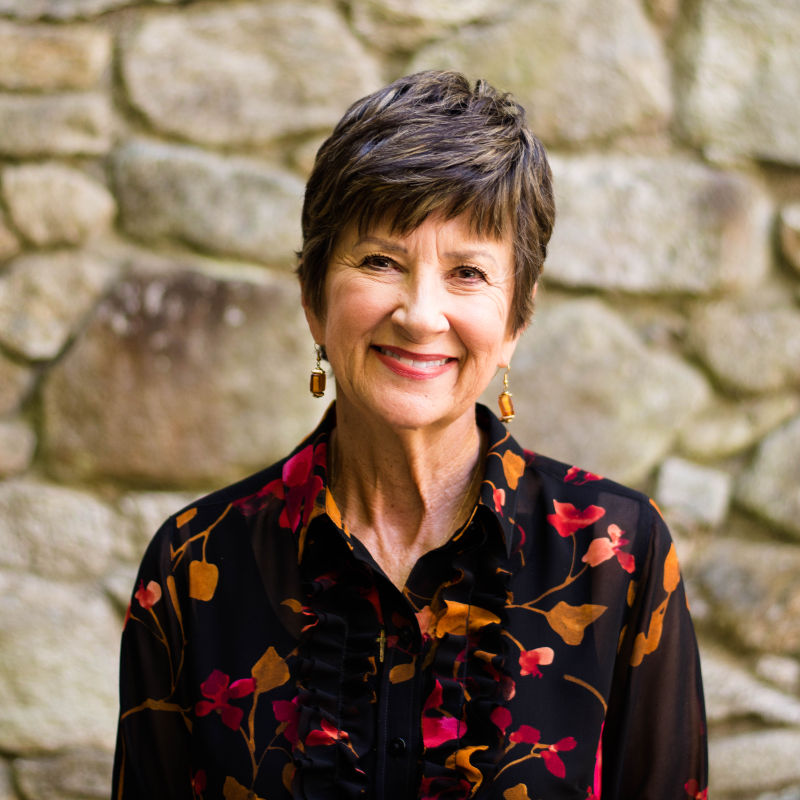 Ms. Lynne P. Veerman is a retired office manager and bookkeeper and manages their family trusts. She is a current resident of Orlando, Florida. She has been an elder and mentor for young moms at First Presbyterian Church, Orlando, and is currently a welcome team member. She is also a member of the Homeowners Association Board in both Florida and Colorado and a tutor at Legends Academy and Frontline Outreach in Orlando. She previously served on the Montreat College Board of Trustees from 1995-2005 and 2006-2015 before re-joining the board in 2016. Her interests include gardening, golf, hiking, and biking. Lynne and her husband, Ralph, have four children and 10 grandchildren, including one married granddaughter, who are located in Florida, Virginia and Washington. Mrs. Veerman is currently the vice chair of the Board of Trustees.