Join us for a memorable journey to revisit some of the pivotal moments of the Civil War. Visit sites where key battles occurred, tour cities and historical locations while exploring the major events of the Civil War, and unpack a defining period in American history with one of the great historians and storytellers of our day, Dr. William Forstchen.

This carefully curated historical Civil War tour has something for everyone . . . inspiration, a deeper understanding of our Nation’s history, exploration, relaxation, and terrific fellowship.

Our fascinating venture begins from Montreat College’s main campus on a luxury, air-conditioned coach on our way to Washington, DC. Along the way, we will immerse ourselves in the best Civil War film(s) ever made, accompanied by texture and commentary by Dr. Bill Forstchen, author of four books on the Civil War. Upon arrival in DC, we have a once-in-a-lifetime dinner event planned.

Overnight will be at the elegant and private University Club in the heart of D.C., voted one of the top twenty distinguished city clubs in the U.S. 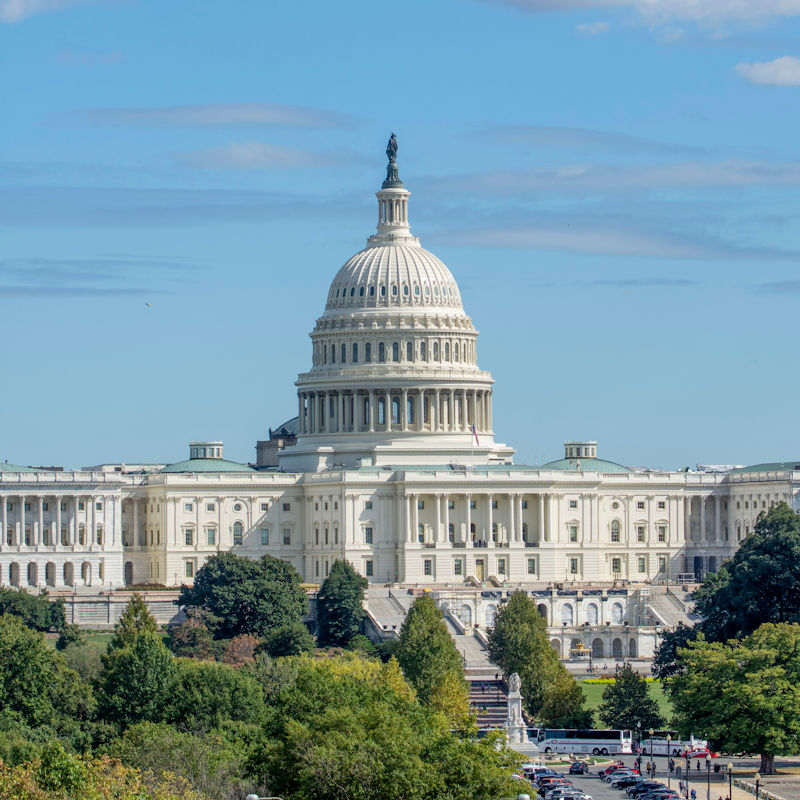 Our morning begins with a tour of the U.S. Capitol Building with a focus on its history during the Civil War. From there we go to the Lincoln Memorial to review President Lincoln’s 1st and 2nd Inaugural Addresses, followed by Arlington National Cemetery and the Custis-Lee Mansion. We proceed to Frederick, Maryland, for a brief walking tour of Frederick and its role in the Antietam Campaign of 1862. We finish with a drive to the South Mountain Battlefield. 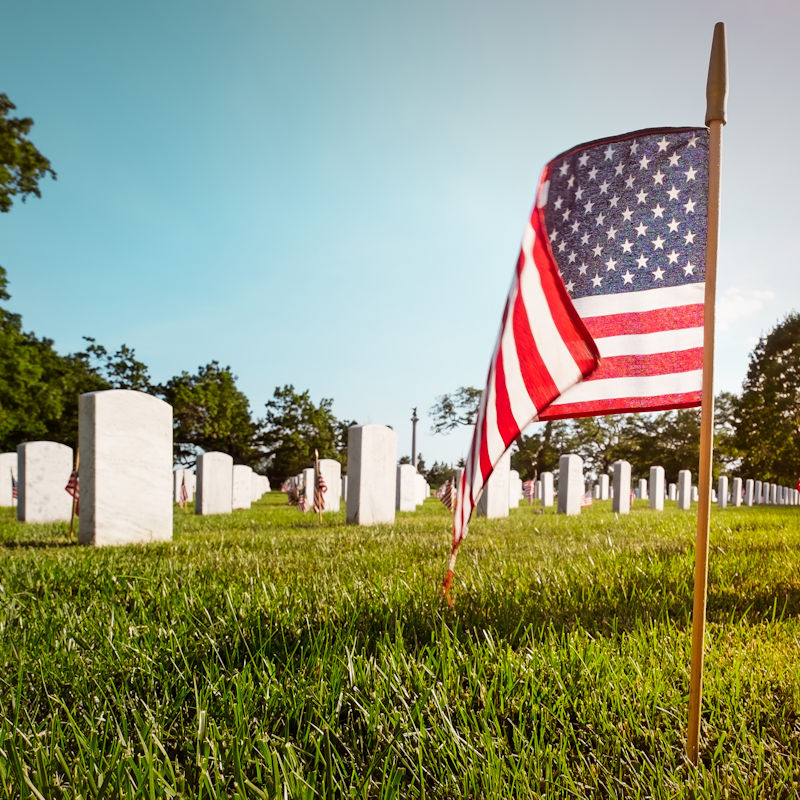 We will visit Antietam, site of the bloodiest day of war in American history, September 17, 1862, with over 23,000 casualties on a single day. Then on to Harpers Ferry, where John Brown staged his infamous raid that failed to incite a slave rebellion. He was captured and hanged there. Stonewall Jackson later captured the town, arsenal and entire Union garrison as a prelude to the Antietam Campaign. 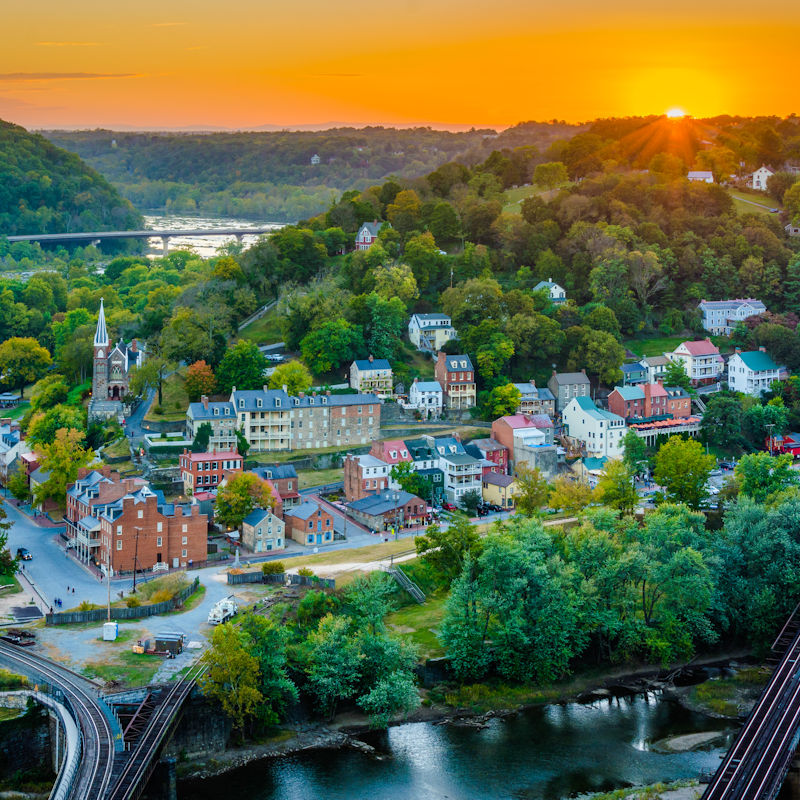 The Battle of Gettysburg, July 1-3, 1863, was the bloodiest battle of the war with 50,000 casualties. Gettysburg was General Lee’s best last attempt to move the battle to the North. It proved to be a turning point, even though two years remained before the end of the war. The morning will be spent touring the first day of the Gettysburg battle, and the afternoon will trace day #2. After dinner, we will go on an evening “ghost tour” of Sachs Bridge. 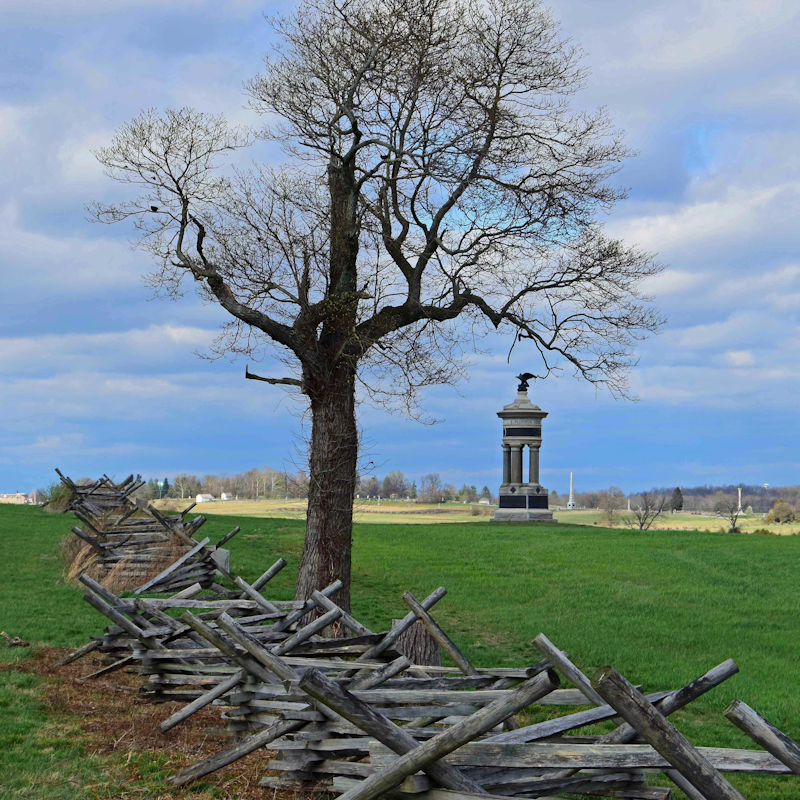 Ordered by General Lee, the final day of Gettysburg was known as Pickett’s Charge, one of the most famous attacks in American history. Of the 14,000 Confederate soldiers who attacked, only about half returned. We’ll walk this together. There will be an opportunity for shopping in Gettysburg, including a special period photograph at the Victorian Photography Shop. We’ll finish at Gettysburg National Cemetery and review Lincoln’s Gettysburg Address, among the greatest speeches in American history. If time permits during our drive to Richmond, we may stop at the historic Guinea Station and Massaponax Church. 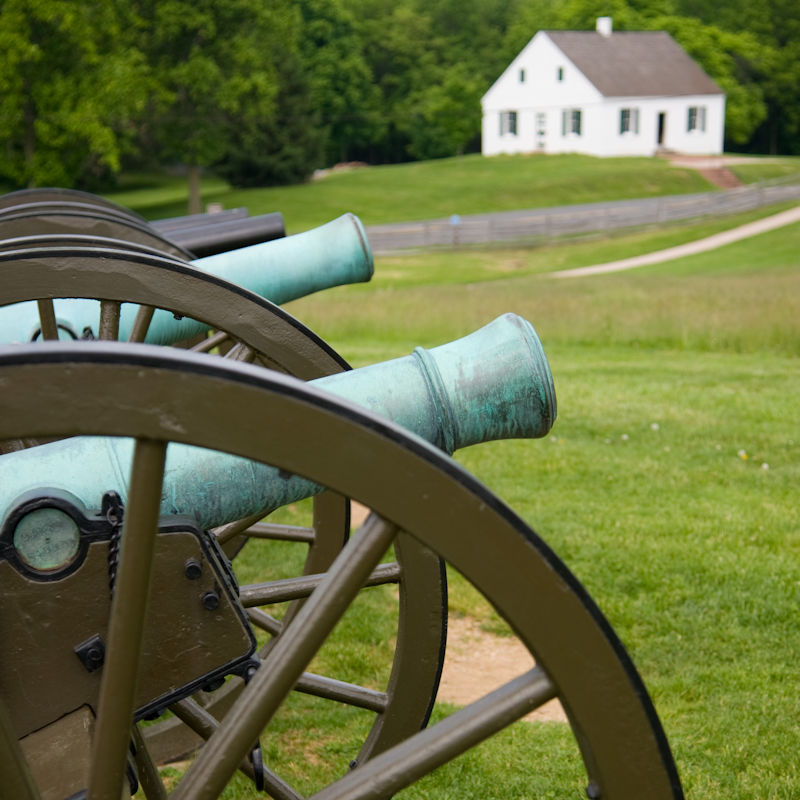 As the summer of 1864 turned into the spring of 1865, the battle raged near Richmond and nearby Petersburg. We’ll take a morning tour of the Confederate Capitol and the Confederate Museum, which tells the story of the nearly 3 million Americans who fought in the Civil War. In the afternoon, we’ll tour Petersburg Battlefield and the site of The Crater Battlefield, the subject of three of Dr. Forstchen’s books. Finally, we’ll stop at Blandford Church, famous for its memorial Tiffany glass windows dating to the early 1700s, and the burial site of 20,000 Confederate soldiers. 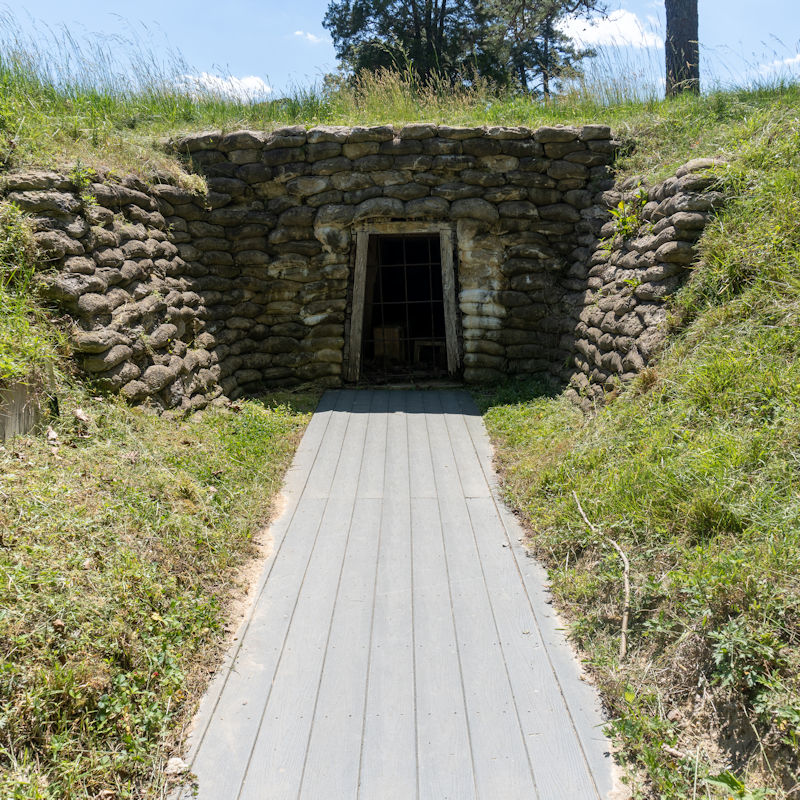 On this final day, we’ll follow the route of Lee’s Retreat from April 2-9, 1865, where it finished at Appomattox Court House April 9, 1865. We’ll enjoy lunch, and reflect on a great trip as we make our way back to Montreat College. 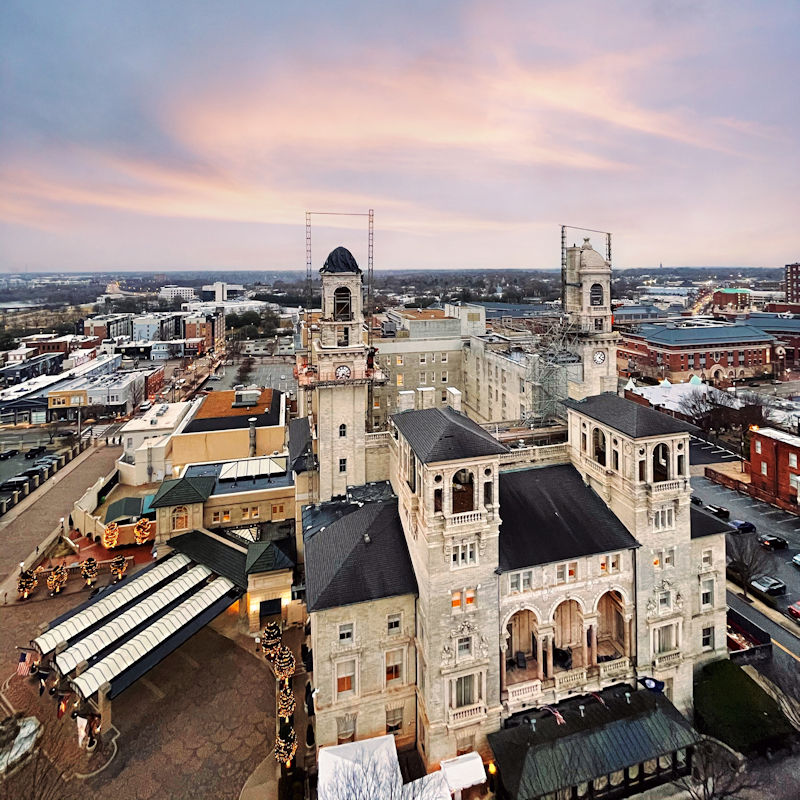 Dr. William Forstchen serves as a faculty fellow and professor of history at Montreat College. He earned his B.A. from Rider College; he completed his M.A. and Ph.D. at Purdue University. He has authored more than 50 books, ranging from fantasy to traditional historical works; numerous short stories; articles; and op-ed pieces for publications such as the Chicago Tribune and the Washington Times. His latest best-selling novel is 48 Hours, published by Tor Forge.

A historical expert on the Civil War, Dr. Forstchen has written several books and articles on the topic. His Civil War novels include an alternate history trilogy written with Newt Gingrich and Albert S. Hanser and a young adult novel, We Look Like Men of War, about an African-American regiment that fought at the Battle of the Crater.

His work on the use of Electro Magnetic Pulse (EMP) weapons resulted in three New York Times best-selling novels, and he has lectured on the subject for numerous groups including the FBI, the Army War College and NASA, and the city of San Diego and has done numerous media interviews for Fox News, Glen Beck, and others. 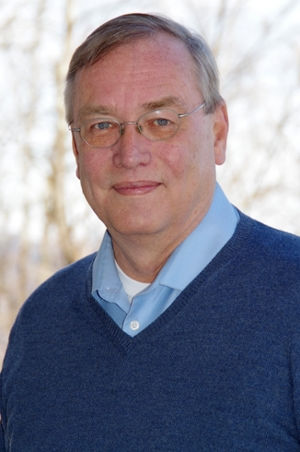 Dr. Paul J. Maurer is the eighth president of Montreat College. As a visionary and result-driven Christian leader, he believes deeply in the value of Christ-centered higher education, drawing from more than 30 years of leadership in nonprofit and higher education administration. Dr. Maurer earned his Ph.D. in political science from Claremont Graduate University, where he was an H.B. Earhart Fellow and a John M. Olin Fellow. He earned his B.A. from the University of Cincinnati and his Master of Divinity from Gordon-Conwell Theological Seminary.

Dr. Maurer and his wife, Joellen, have been married since 1989, and have four adult children and three grandchildren. Joellen is the founder and CEO of Carolina Life Properties. She also serves as a mentor and on non-profit boards. 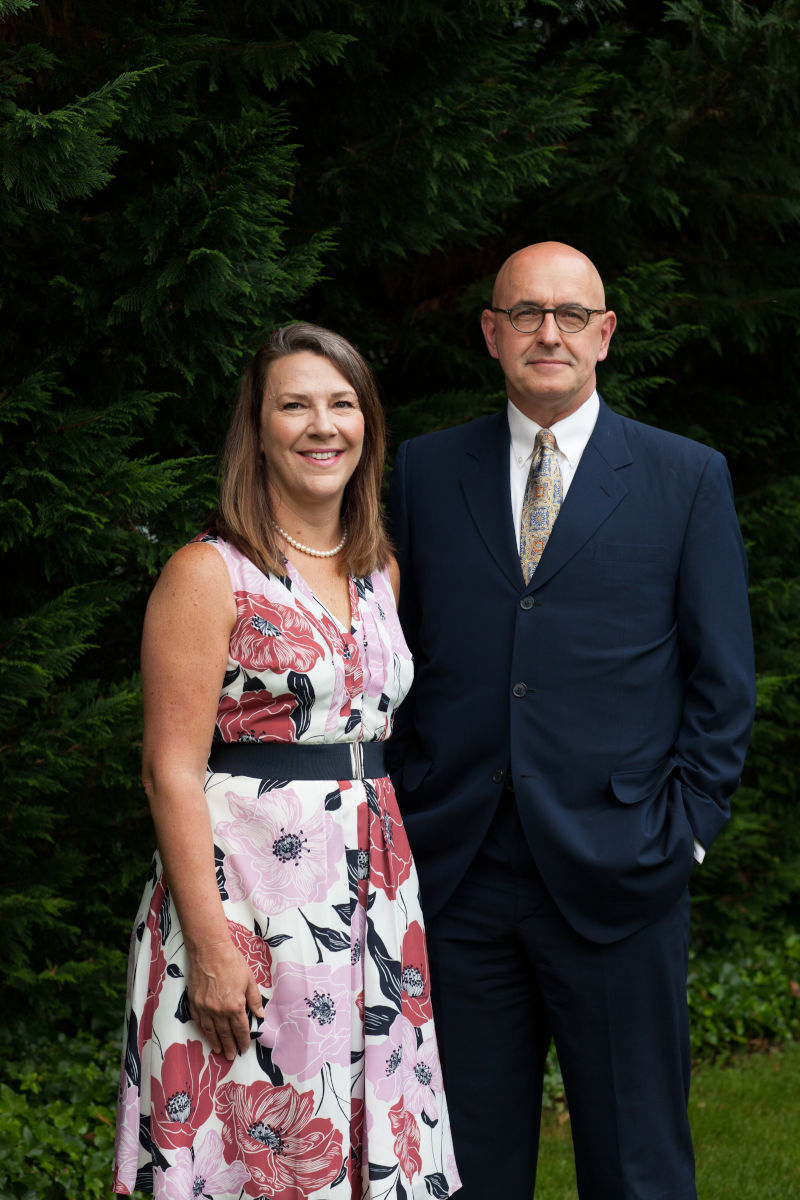 All breakfasts, 6 lunches (1 lunch on your own), and all dinners; round-trip transportation from Montreat College and all tour sites in a luxury, air-conditioned motor coach; comfortable lodging for 6 nights; and a carefully curated tour experience with commentary from Dr. William Forstchen.

Cost Does Not Include