Catching Up with Caroline Clark ’13

For Caroline Clark, discovering her calling as an educator did not come through a grand epiphany. Rather, it was present throughout her life, a quiet whisper through all her years of growing up. As a fourth generation teacher, it was just something that ran in her blood. Developing that career to match her calling, though, was more of a journey.

Clark attended a large high school near Atlanta, Ga. When she began the search for colleges, she had one requirement: it had to be bigger than her high school. But that requirement shifted when she was introduced to Montreat College. Like many other students, it was athletics that brought her to the cove. She had been flirting with offers from other institutions, but when those fell through, she found herself reluctantly accepting a recruiting invitation from the women’s soccer team to visit Montreat.

“My dad received a phone call from a previous soccer coach at Montreat and I just didn’t want to hear it,” she says. “Sure enough though, when I came, it turned into an overwhelming ‘yes.’ The biggest thing I remember is when I went with some of the current players to visit the field, I looked up and saw the mountains and I remember thinking how that was the craziest thing, to be playing soccer and have this mountain view around me. It was definitely love at first sight.” 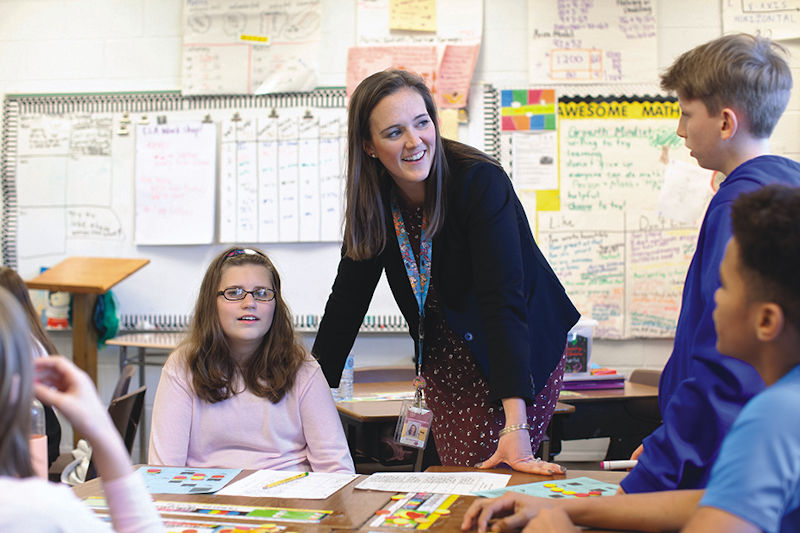 Caroline Clark in the classroom at Black Mountain Elementary School.

Once she arrived, Clark blossomed in the Montreat College atmosphere. She was able to test her limits socially and artistically. During her four years, she was involved as an athlete, a Fellowship of Christian Athletes leader, and a residence assistant. And she was also able to cultivate a creative passion through music.

"I never thought I would have the opportunity to be able to do all the things I loved at one time. That was a gift."

“While at Montreat, I was pursuing a minor in music and I graduated with that,” she recalls. “I was involved in choir and orchestra, mainly. My freshman year at Montreat, I heard the choir, tried out with the former director, and was able to sing in it. It wasn’t my original plan, and I never thought I would have the opportunity to be able to do all the things I loved at one time. That was a gift. Sometimes, when you’re an athlete, that’s it. There are no minors or extracurricular activities. You think that’s all you get to do and are supposed to do, so being able to practice and appreciate music in college was a special surprise for me.”

While she was busy outside of the classroom, she was busy being tested in it as well. Clark found unexpected challenges in reconciling faith and learning and had to discover for herself what it meant to live in a context where they were integrated.

“Because I grew up in a public school, I hadn’t had faith and school together,” she says. “My faith was strong, but I would never have connected it with learning as much as I did had I not been at Montreat. I was learning and truly understanding that every single breath and every single thing I do and learn is supposed to be honoring to God. I was applying faith to my academics and learned that they are all the same and all connected. I don’t think I had a faith that was just on Sundays, but I missed out on many mission opportunities on the soccer field before I came to Montreat. I wish I had been more confident in my faith and in myself and had been able to love on the girls I played soccer with. Montreat was a really big factor in connecting my faith and my everyday life, and I’m so thankful for that.”

She did not go through this transformation alone. Clark credits much of her growth to the professors and mentors that taught her while she was at Montreat. Her worldviews class with Professor Brad Daniel expanded her theological horizons and introduced her to other cultures and religions. Her education professors gently warned and prepared her for the challenges of her future career. But just as she was growing as a person, student, and Christian, Montreat College itself was also experiencing growing pains. 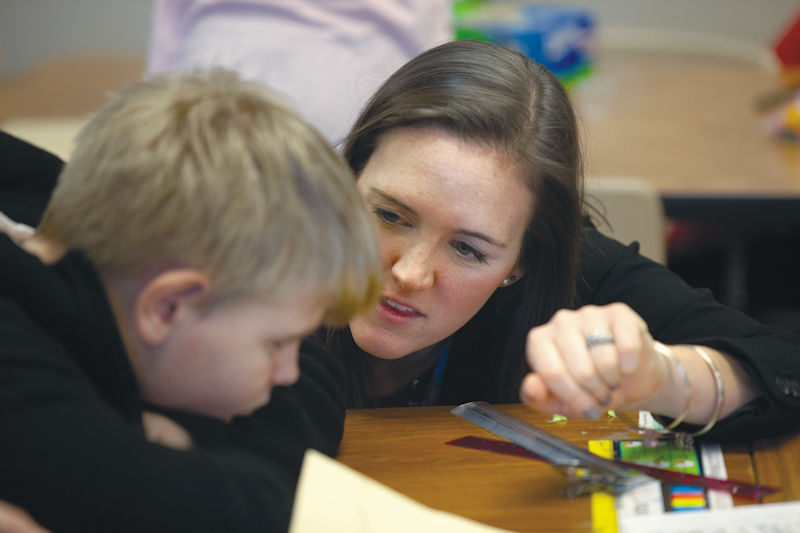 “When I was a senior, the college was going through that period where there was the threat of closing,” she recalls. “The Elementary Education, Worship Arts, and Music programs all were negatively affected. Those were all my departments, so it was disheartening. But it’s amazing how peaceful it remained despite the uncertainty. I still got my degrees and we were just always moving forward. God made it happen so now I think, ‘What can we do to keep moving forward?’”

To help move the college and its ministry forward, Caroline serves as the head of the college’s Alumni Leadership Council. The Leadership Council serves at college events, supports the college, and is a networking source for students. The eventual dream is for there to be a leader for every class that invites their respective class to attend events like Homecoming.

Caroline can see the ways Montreat College has moved forward from when she was a student. “It’s exciting to see more kids on campus,” she says. “My favorite thing is when I hear students enjoying some of the same things I did that changed my life. It makes me emotional. When I hear that those things still happen, it gives me chills. I think the growth vision is not to take away the feeling of liberal arts, but to encourage people to be leaders. There are fewer and fewer schools like Montreat, and for someone who needs it like I needed it, if Montreat goes away, what are they going to do?”

Since she graduated in 2013, Clark has called Western North Carolina home. She accepted a job at Black Mountain Elementary School in 2014, and she and her husband Spencer— also a Montreat alum—live in nearby Swannanoa. She is finishing out her fifth year at Black Mountain Elementary teaching fifth grade. According to Clark, she has never stopped learning since she graduated.

“It’s almost like you re-learn lessons that you learned in college but in a different way,” she says. “It’s been hard, but that’s what my education prepared me for. I’m always learning and growing. I think that sometimes when you are in college you just can’t wait to graduate and be done. But the world is hard and people can be mean. I think discerning our calling is about asking the question, ‘What are we doing in the world?’ That’s the calling piece for me. It’s about changing lives.”

"My favorite thing is when I hear students enjoying some of the same things I did that changed my life."

Clark internalizes this question for herself and answers it through her community presence. In November of 2018, she was recognized by Asheville’s WLOS ABC 13 news station as a special “Thanks to Teachers” award recipient, a weekly segment that highlights a notable teacher in the area. She says she still does not know the parent who nominated her, but feels honored to have someone do that for her.

In every aspect of her life, Clark’s aim is to live out her calling to love others as God commands through her actions in her career.

“We really impact other people, and what we do and say can make a difference, whether it’s a ten-year-old’s life or a college student’s life or an older person’s life,” she says. “We’re all looking for the same thing—we want to be known and loved for who we are. Sometimes, we’re able to explain the Gospel explicitly, but in my field that can be tricky. It’s witnessing, but not just with our words, but with our day-to-day life by caring about other people and taking your mind off yourself and putting them first. These fifth graders can go through heavy stuff at this age and are at a very pivotal time in their lives. They are figuring things out and I can have really deep conversations with some of them. This world’s not getting any easier. So, if I can love on these little minds, maybe it can help them.” ■ 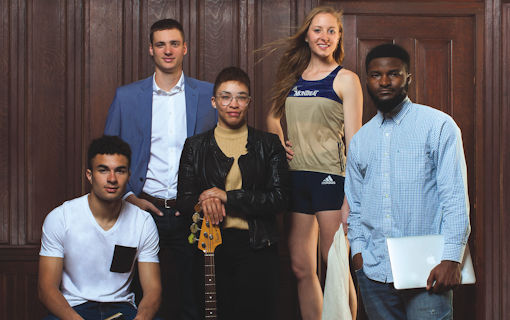 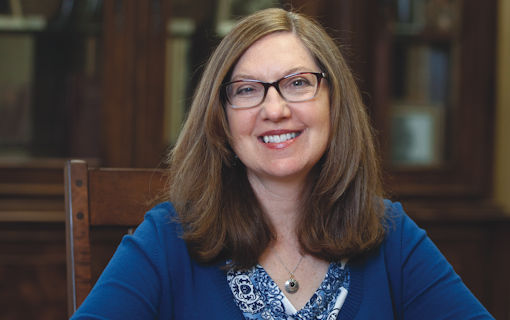 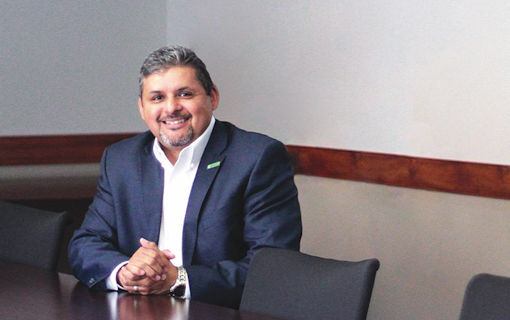 A Conversation with Tim Bugg ’07