Here in the 21st century, technology is advancing at breakneck speed, new scientific discoveries are made daily, and healthcare is more impressive than ever before. With all these advances, it is easy to become caught up in the excitement. But in all the fast-paced changes of the modern world, is something being left behind? Rwenshaun Miller, a graduate of Montreat College’s School of Adult and Graduate Studies in Charlotte, believes so. Rwenshaun, who earned his master’s degree in clinical mental health counseling, is using his personal life experience and testimony to bring awareness to an issue that he believes has been shrouded for far too long: mental health in the black community.

Counseling is not a career that Rwenshaun chose. Rather, it chose him. Fresh out of high school and heading to college, Rwenshaun was diagnosed with bipolar disorder. “When I received that diagnosis, it scared me,” he recalls. “I was actually hospitalized. Coming out of high school and going into college, I was a top athlete and I graduated in the top of my class academically, but then you throw this label on someone and you feel like your world is turned upside down. It was something I didn’t understand because in the black community we don’t talk about it. We say, ‘Just pray about it,’ or we say, ‘There’s nothing wrong,’ and we just try to ignore it. So that’s what I did.”

After his diagnosis, Rwenshaun sought help through therapy and medication.  After finding some relief in this, he quit treatment and tried to make it on his own. “My symptoms came back, and instead of going to the professionals, I started self- medicating with alcohol. I went through a state of depression where I actually attempted suicide three times.” The last failed suicide attempt was Rwenshaun’s wake-up call. “I said to myself, ‘You need to do something different.’ That’s when I went back to therapy and started using medication. When I got better that time, I started to look at the world differently. I started to realize that there are a lot of people out there in the world who are struggling and suffering alone because we don’t talk about these issues.”

This epiphany led Rwenshaun to open his own non-profit, Eustress, Inc., and pursue a career in counseling. After earning his bachelor’s in sociology from the University of North Carolina, Rwenshaun began looking to further his education. “I was drawn to Montreat, for one, because it was right here in Charlotte. It was also convenient with my schedule because I still needed to work full time. Once I started the process and met with my cohort, it was the perfect fit. Most of the time, I was the youngest person in the group. It was an eye-opening experience because I was able to learn from others and they were able to learn from me. It was definitely an atmosphere where we were all open to different experiences and the understanding that we each come from different backgrounds. That helps you out as a counselor because no two people live the same life. I don’t care if you are the same economic background or the same race or same gender. No two people have the same upbringing. The collaborative atmosphere at Montreat helped me to get my degree. I became a licensed therapist and I’ve been able to go from there.”

Today, Rwenshaun is a professional counselor who works with individuals and holds public events in Charlotte and at various other locations in North Carolina to bring awareness to mental health. One of these events is the “Let’s Talk About It” walk. “Every year I host an annual mental health awareness walk where we teach individuals about the different facts that are associated with mental health and encourage people to get active. This year will be the third annual walk here in Charlotte. I also host a walk in Chapel Hill and in my home county of Bertie County in northeastern North Carolina.” 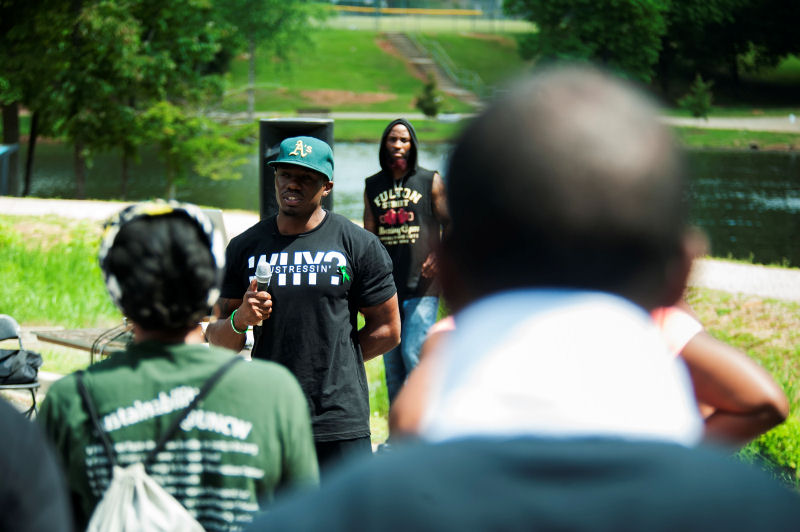 Rwenshaun’s work is not just limited to adults. He is also active in the public school system in an effort to inform teachers and students on how to better recognize and treat the early signs of mental health issues. “I teach teachers how to pick up on certain signs and symptoms and then how to utilize different skills that can help them in the classroom to address those issues. Many of the young black males that I deal with are diagnosed with ADHD and ODD, but typically these diagnoses are handed out without taking the whole person into account. A lot of times certain signs and symptoms that are associated with ADHD are a child’s inability to sit still in a chair or constant fidgeting or talking. Instead of punishing them, it’s about interacting with them and figuring out what is their best way of learning because the teaching model may not be what works for them.”

For Rwenshaun, though, that is not the end of the process. “You have to take the whole person into account and look outside of the school setting. What kind of things are going on in the home? Are the parents involved? What kind of influences do they have? A lot of times these kids don’t have any structure at home. When they don’t have any structure at home and they get to school and are forced into a chair, it’s like putting a round peg into a square hole.” And this is where Rwenshaun’s role comes into play—he is the active voice changing people’s mindsets and kick-starting change in the community. 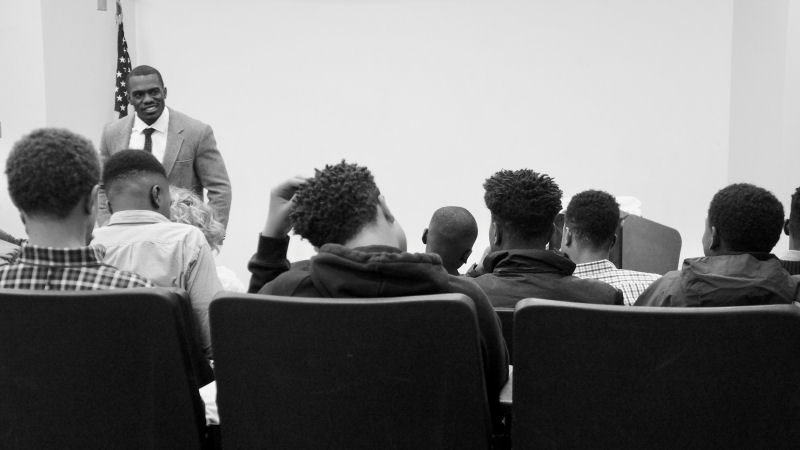 Rwenshaun Miller speaks on mental health among teenage males at the Jack and Jill Teen Symposium.

There is one factor that Rwenshaun sees changing the world of counseling and mental health: technology. Like anything, technology has its pros and cons. Some of the negative feedback Rwenshaun is seeing from the online world is the desire for perfection. Seeing a constant portrayal of people with seemingly picture-perfect lives is leading to higher levels of stress and depression.

Although this is counterproductive to mental health, Rwenshaun feels the benefits technology brings to the field outweigh potential downfalls. “You can find your tribe with technology and find some of the people who are going through the same things you are going through. You can also connect with individuals all over the world who may be dealing with the same things you are and try to come up with ways to provide the solution. It allows you to create connections with individuals that you may have never had the opportunity to connect with because of a geographical barrier.”

For young adults, who are often criticized for spending too much time looking down at their phones, Rwenshaun finds that certain apps can be useful in helping them build confidence and find a voice. The ones he finds are the most popular among kids are Twitter, Snapchat, Instagram, and Facebook. However, Rwenshaun is a proponent of separating self and technology. “Your brain needs that time to rest. I believe that it’s the thing of making sure that people create a delicate balance. People need to understand that you don’t have to have your phone all the time. You don’t need to be connected to your friends or social media all the time. I think it’s the small things we can do that will help create that balance.” 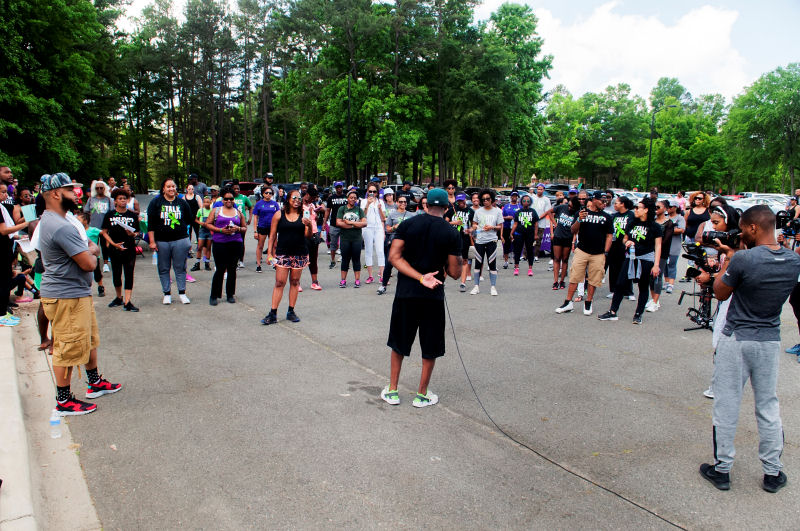 One of the benefits of technology in the field of mental health counseling that Rwenshaun is finding especially helpful is the ability to connect with a client online instead of having to travel to them. “For individuals who don’t know how to find a therapist or know how to get into therapy, Psychology Today provides a list that you can look up. That way, you are not limited to the individuals who are right there in your community. Technology also allows me to do a good amount of distance counseling, as well. I can provide mental health coaching to someone all the way across the nation or world. Rural areas like my hometown may not have any clinicians at all, but there is internet access. So a person can reach out to a therapist who is able to provide them with the counseling they need.”

Rwenshaun notes also that clinicians are also better able to connect with one another today than ever before. Professionals are not limited to the people they see on daily basis. They are able to learn from each other, teach one another online, and share knowledge and resources that are available in their field.

Rwenshaun has received high praise for his work. In December of 2017, he was featured in The Huffington Post’s article “17 Top Black Influencers You Should Partner With in 2018.” He was also featured on Blavity.com last May during Mental Health Awareness Month in an article titled “4 Dope Mental Health Media Scholars Team Up to Break Stigma.” Rwenshaun has also been featured on several podcasts, and he has authored a book titled Injured Reserve: A Black Man’s Playbook for When Mental Illness Sidelines You. Currently, Rwenshaun is in the process of earning his Ph.D. from the Chicago School of Professional Psychology. For more information about Rwenshaun and his work, visit: www.rwenshaun.com. ■ 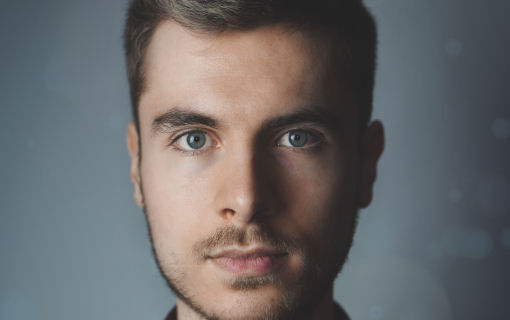 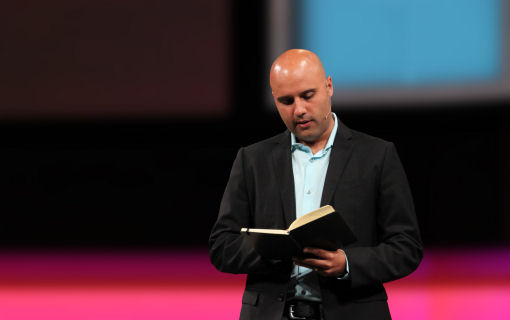 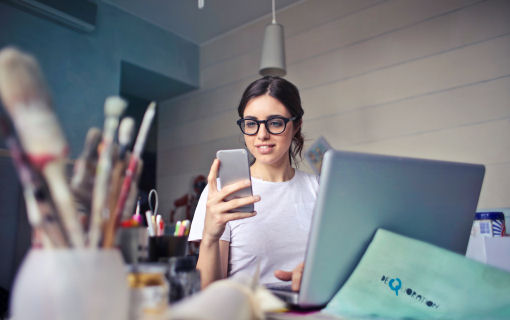