Mary Lou is married to Dr. George Snead. They have four children, 11 grandchildren, and three great-grandchildren. They have lived in Danville, Va., for almost 60 years.

Joan still lives in Waynesville, N.C.  Most of her time is spent with activities at First Presbyterian Church. She is an elder with the oversight of Christian education. She is also active with Presbyterian Women. As a part of their crafters guild, she helps with making knitted items for their Fall Festival. This is a great fundraising activity for many local agencies who care for people who have so many needs. It also includes their overseas mission programs.

Annette is a retired customer service representative living in Villa Hills, Ky. She has two grandchildren.

Brenda retired in 2012 after teaching physical education and health for 42 years. 39 of these years were at Seneca Middle School. Since retirement, she has done some part-time teaching in two local elementary schools and at Anderson University. She has been married to Jim Beaty for 46 years; they were married at Montreat. Much of Brenda’s time is now spent taking care of Jim, who has Parkinson’s disease. Brenda and Jim have two sons, Will (43) and Jake (40). Will is a minister at the First Baptist Church in Rock Hill, S.C. He has two sons, Austin (6) and Collin (4). Jake is also a minister and helped start NewSpring Church in Anderson, S.C.  He has two children, Peyton (15) and Lauren (13). Brenda enjoys her small group Bible study and Sunday school class at Clemson Presbyterian Church. She also enjoys decorating cakes, working in her yard, watching her former students play ball in high school and college, and cheering for her Clemson Tigers. She even got to cheer for Clemson the last three years at the ACC Football Championship and at the National Football Championship in 2016.

Kathy is a registered veterinary technician and medical laboratory technician. She holds a bachelor’s degree from the Medical University of South Carolina. Her current hobbies include photography and visiting zoos and lighthouses.

Gordon and his wife, Dorothy, continue missionary work in Brazil with the United Presbyterian Church of Brazil in partnership with the Presbyterian Church USA. They are just beginning their new term. They have been appointed through December 2021. This is the first time in over 25 years that Gordon and Dorothy have come back to the same town they were in prior to going to the States for six months to speak in churches about their mission work. Their big news is that they are grandparents for the second time. They have a two-year-old granddaughter, and now she has a little brother born June 28. They have only seen him in photos because they returned to Brazil June 6.

Vickie and her husband, John, will be celebrating their 34th wedding anniversary in September. They are proud to say that their two daughters are both serving their country. Their daughter, Valarie, is a nurse in the Navy. Their daughter, Almira, is a combat medic in the Army. Next summer, Vickie and John are planning to celebrate their 35th anniversary a little early by taking a British Isles cruise. It fulfills a dream of Vickie’s of many years. They hope to retire in the next couple of years and move from the hectic D.C. area to a quieter place with less traffic. Vickie will always be thankful to the Lord for the two incredible years she had at Montreat—so many precious friends in the Lord!

Charles retired from a career in social work in 2014.

Rick worked for 12 years with the Atlanta Braves from 1987 until 1999 as a marketing representative, ticket sales manager, and customer service manager. He transferred to Philips Arena when the building opened in 1999 thru 2016 as box office manager. Rick has been the box office manager at the Cobb Energy Performing Arts Centre in Atlanta since March of 2018.

Shawn is currently the coordinator of mobilization for World Outreach, the mission-sending arm of the Evangelical Presbyterian Church (EPC). EPC World Outreach is establishing 10 church planting teams in countries in the 10/40 window. Lisa is a nurse working in the neo-natal intensive care unit at Mission Hospital in Asheville, N.C.

Shawn graduated from Montreat in 2000 and can’t believe he is getting close to 20 years since his time at Montreat! He is a pastor at Sunrise Baptist Church in Arcadia, Fla. He has been married to Stacey Lombardia for 10 years and they have a nine-year-old daughter, Peyton.

Robb was recently named president & CEO of the Greater Beaufort-Port Royal Convention and Visitors Bureau. He and his wife, Candida, live in Beaufort, S.C., with their two daughters, Alyssa and Annie Grace.

Amy still resides in her hometown, Gate City, Va. She is beginning her 13th year teaching special education. She and her husband, Andy, will celebrate their 15th wedding Anniversary in September. Their children, Luke (13), Landee (nine), and Larsyn (three) are such blessing to their lives. Amy and Andy find themselves on a ball court, ball field, or a dance studio each week. They are busy but blessed!

Jen completed the first half of her master’s degree in 2018 and is loving everything she is learning in Montreat’s Clinical Mental Health Counseling program (2020).  She intends to utilize her degree to work with veterans, orphans, and trauma victims via psychotherapy and equine facilitated psychotherapy. She is also applying to Regent University to obtain her doctorate in clinical mental health. And she is raising a son with her wonderful husband, Chris (who starts school with Montreat this fall, as well), working on becoming a foster/adoptive parents, running a heritage meat farm, and running 5Ks on some weekends.

Tifaney graduated from Montreat College in 2012 with a double major in biology and environmental studies, and a minor in chemistry. She is currently in her 4th and final year of veterinary school. She will graduate with a DVM from Ross University School of Veterinary Medicine in May 2019. She is currently completing her clinical year at Louisiana State University School of Veterinary Medicine. Tifaney recently had the wonderful opportunity to complete an externship in the Galapagos, Ecuador. After she graduates in May 2019, she will be looking to settle back down in her home state of South Carolina to practice veterinary medicine.  She is very grateful for the path that God has led her on, and she is looking forward to the future.

Tanner and Emily were married this past November in Olin, N.C., and they recently moved to Swannanoa. Tanner recently celebrated his one-year anniversary working at the Biltmore Company, and Emily is working as the Montreat Volleyball graduate assistant coach while continuing to pursue her master’s degree in clinical mental health counseling at Montreat’s Asheville campus.

Brien has recently moved to Colorado Springs to work in the Advancement Department at Colorado College. 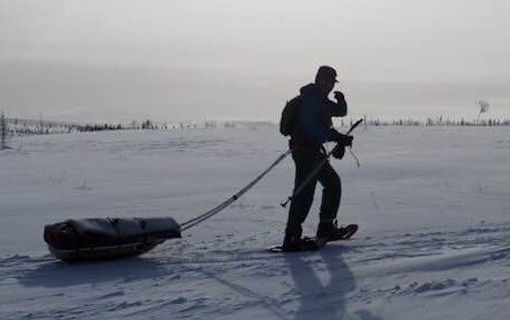 Peter Ripmaster ’06 and His Dramatic Journey Through the Alaskan Winter

The Perseverance of Christian Higher Education

An Interview with Shirley Hoogstra 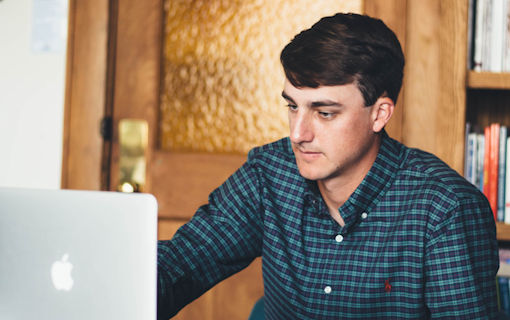